Stern reminders were given to Year 9 students at KSA on Tuesday on ways to keep themselves safe and out of trouble with an informative presentation on crime prevention from the police and the prison service.

Stern reminders were given to Year 9 students at KSA on Tuesday on ways to keep themselves safe and out of trouble with an informative presentation on crime prevention from the police and prison service.
Representatives from Greater Manchester Prison Service’s Community Team and Northamptonshire Police visited the Secondary Phase on Tuesday of this week and delivered a hard hitting presentation on youth crime and the consequences facing young offenders.
The police and prison officers relayed a number of real life crime stories of young people and what had happened to various youngsters who had got themselves involved in crime.
There were warnings given about taking unknown substances from strangers and photographs shown of young knife crime victims’ injuries.
As well as reminders about safer internet messaging and advice on not revealing too much about your personal life on social media sites.
Students were also asked to get involved in activities during the presentation including testing their skills of recalling an incident and providing a detailed description of an offender to experiencing the effects of drugs and alcohol by wearing specially designed goggles that distort the vision and senses of a person wearing them.
Year 9 students also were given the chance to meet a trained sniffer dog, Charlotte and the presentation ended with a police dog chase and capture in the academy’s courtyard.
The lead police representative for the presentation, a former Prison Officer from Strangeways commented that all students had behaved well and he had been very impressed by the school.
He ended by saying he hoped he wouldn’t see any of students again soon and he hoped that the students had taken the police's advice on board on how to avoid getting into trouble in the future. 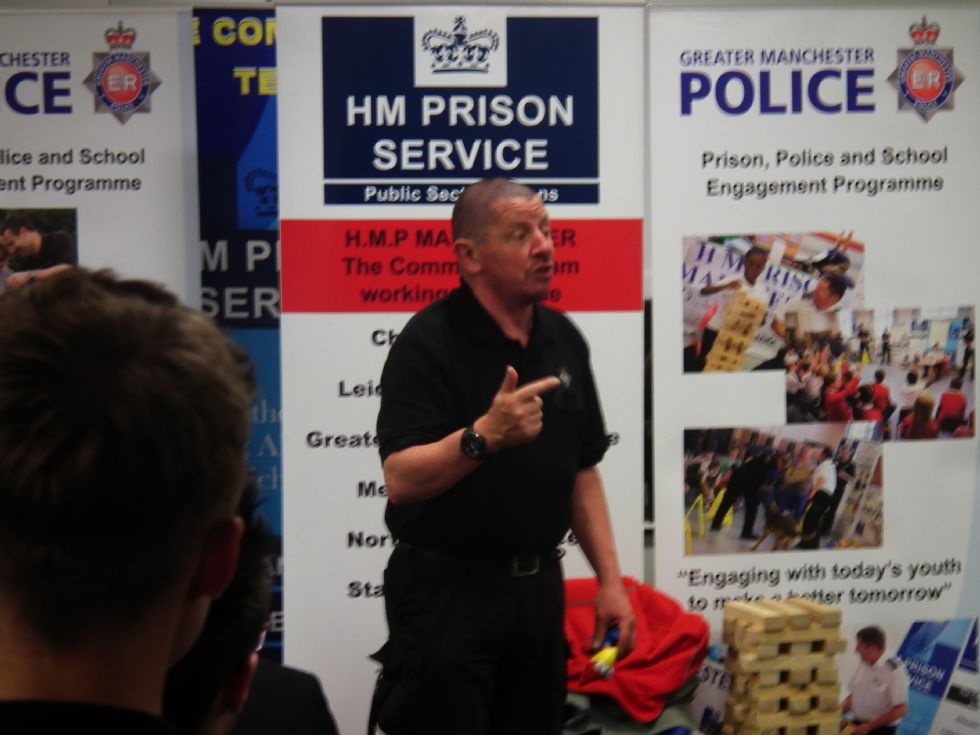 Progress Leader for Year 9, Mrs Amanda Doherty said: ““This was a thoroughly engaging workshop that actively involved students in their learning. The dogs were fantastic and staff and students alike loved having them here. The school have now been awarded a plaque that can be awarded to an individual student each year to recognise something positive they have done for our community. We would like to thank HMP Manchester Community Team and Northamptonshire Police for funding this event and hope that we can arrange another event in the future.”