Congratulations to all our students who received awards and recognition at our Academy’s Annual Achievement Awards Evening.

Congratulations to all our students who received awards and recognition at our Academy’s Annual Achievement Awards Evening.
Students from KSA were awarded for their efforts and achievements during the last academic year at a special ceremony held at the Secondary Phase on Thursday, 18th December.
Students were awarded for achievement and progress at Post 16 level, Key Stage 4 and Key Stage 3 together with awards in subject areas and community, leadership and charity.
Award winning students were invited to the event and were presented with their awards in front of an invited audience of  parents, members of staff, governors, Brooke Weston Trust officials and representations from the event’s sponsors Hays.
The guest speaker for the evening was Adventurer and Explorer and former Royal Marines Commando, Mr John Sullivan.
Mr Sullivan spoke about his adventures and also about his research projects that he had been assigned to for the BBC and the National Geographic Channel which led him to surviving in a variety of terrains and with people from different cultures including the Biami Cannibal tribe in the Papua New Guinea jungle and the Nomadic peoples of the Sahara Desert. 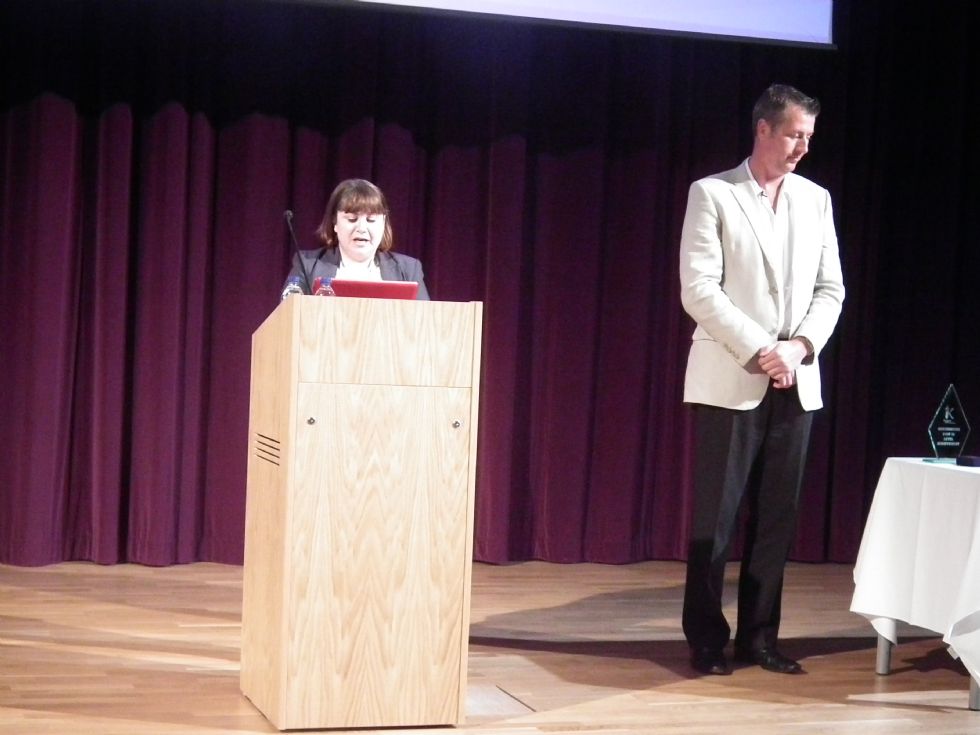 As part of his speech he expressed his enjoyment of his adventures and encouraged the students to find out about their own passions in life.
Mr Sullivan said: “I encourage you to find your own personal fulfillment in life and to follow your dreams.”
Chief Executive Officer for the Brooke Weston Trust, Dr Andrew Campbell was also present to celebrate in the Academy’s successes and the evening closed with a progress speech from the Chair of Governors at KSA Mr Steve Barton.
The evening was compered by KSA Vice Principal Mr Tony Segalini. He said: “We are pleased to be here this evening to celebrate the achievements of our young people at Kettering Science Academy and we are happy to reward their successes.”
More photographs from the evening can be found on the latest photographs page . Click here to view.

The awards presented on the evening were given to the following students:

(For more information on the individual awards click on the award titles below).