Students gathered at Kettering Science Academy’s library for a Harry Potter Book Night, an evening where themed parties are held all over the world in celebration of the franchise.

Students gathered at Kettering Science Academy’s library for Harry Potter Book Night, an evening where themed parties are held all over the world in celebration of the franchise. 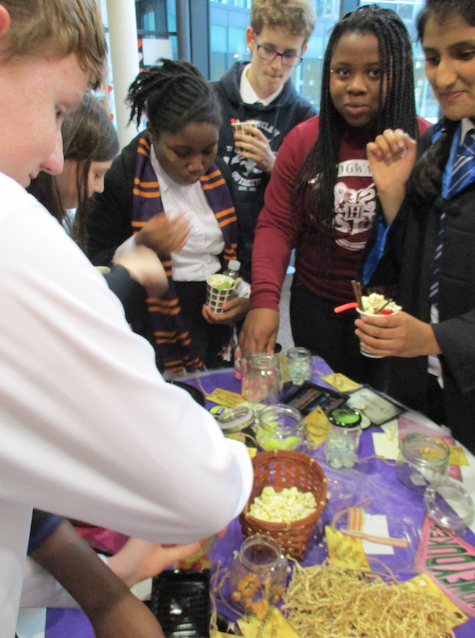 On arrival, the young witches and wizards had to put on the sorting hat to determine which of the various houses out of Ravenclaw, Slytherin, Hufflepuff and Gryffindor they would be in for the evening. Once houses were determined, students enjoyed an evening full of fun and games.

To celebrate the event students wore fancy dress outfits and took part in activities such as chocolate frog racing and indoor Quidditch. The Harry Potter quiz included questions such as ‘how many brothers does Ron Weasley have?’

The library was decorated as Honeydukes sweetshop with pretend dragon eggs, witches teeth and bat dropping on offer, as well as potions made from millions sweets.

Head Librarian Mrs Heidi Economou said ‘I have received absolutely brilliant feedback from the event; the pupils have not stopped talking about it.

‘They all got fully involved in the event making their own companions and outfits. In the run up to the night, students were even seen around the Academy swotting up on their Harry Potter knowledge in preparation for the quiz.’

Slytherin house won both the indoor Quidditch match and the quiz making them the overall champions of the evening.

The following students also received awards:
Rebecca A – for the best outfit
Ellie G – for the best companion
Olivia P - for being the most obsessive Harry Potter researcher 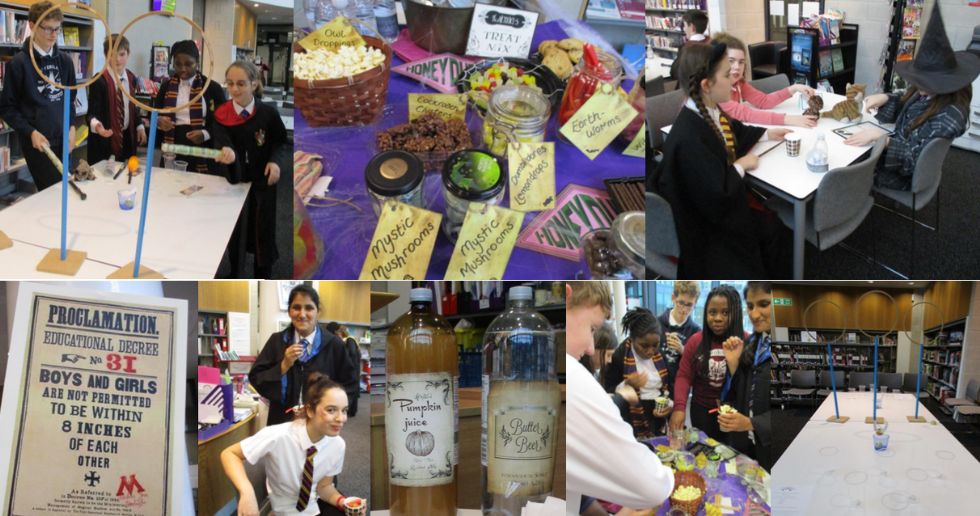