Beth originally created the piece for a school exhibition last year. She had free range over what she created and decided to pay tribute to the 22 people killed in the suicide attack at Arianna Grande’s Manchester Arena concert. Beth used bees to represent each of the victims. The bee was used as the logo for the ‘One Love’ concert Arianna Grande held to help raise money for those injured in the attack and the relative of those who died.

Beth said ‘I decided to create something for the victims because I thought it was a very sad event and I like the singer. 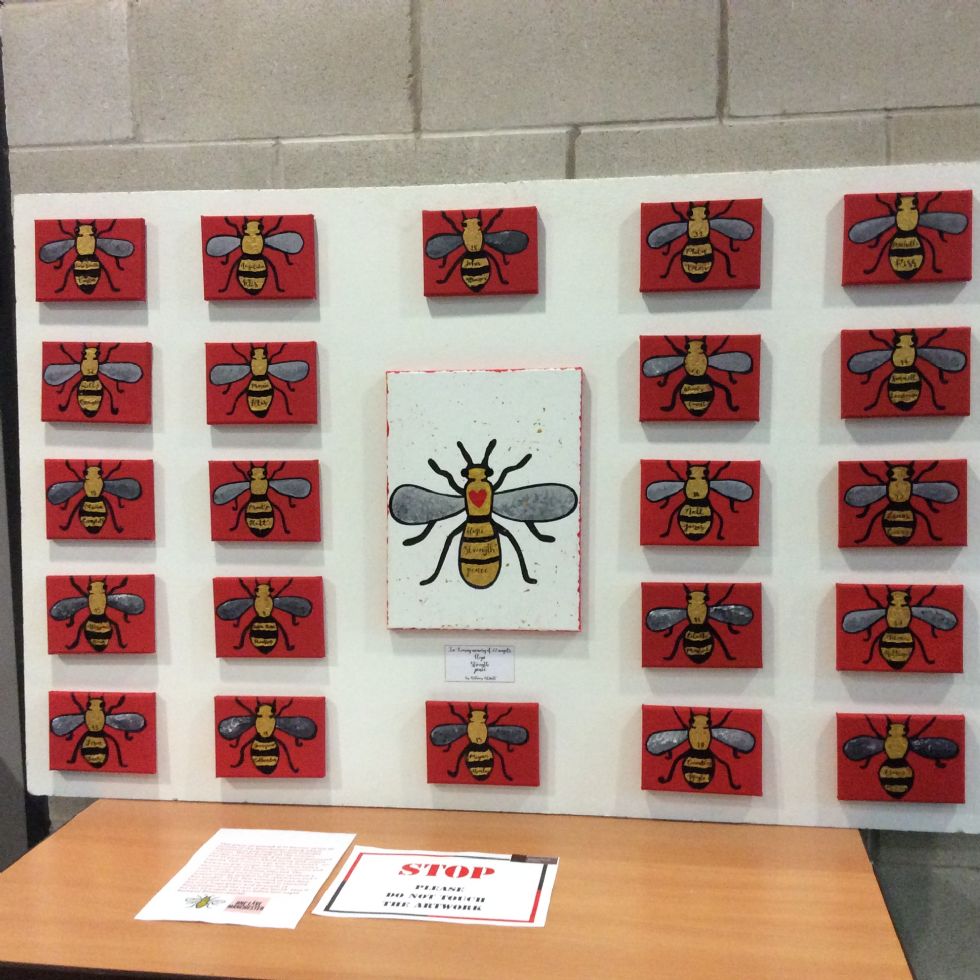 ‘The bee symbolises peace, hope, love and strength. I included red as it continues to symbolise these things and stands out strong against the other colours. I used paint as it’s my favourite material to work with and I made the canvas large so that it was impactful. The whole piece took around 3- 4 weeks to make during after-school sessions and at home.

Beth, who is taking part in Miss Teen Galaxy England, has decided to auction off her painting as her friend (who is currently crowd Junior Queen) is hosting a charity event for the Manchester victims. The event will take place this weekend in Warrington and will be attended by some of the survivors of the attack and the BBC. There will also be performances from tribute artists and we will see the auction of Beth’s artwork.

She said ‘I will be sad to see the piece go however it is for a good cause which I really wanted to support and this make me very happy. The money raised will be split between the victims of the Manchester attack and a cancer charity.

We wish Beth the best of luck.