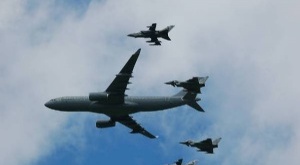 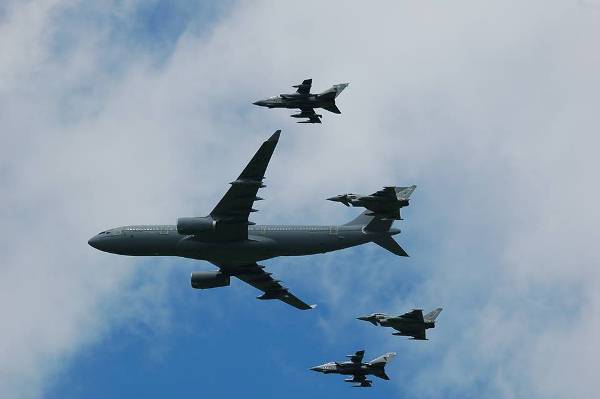 Alex Grimbley has been a member of 378 (Mannock) Squadron in Wellingborough for two years. He was one of 50 cadets picked for the prestigious event held as part of the Trooping the Colour ceremony to mark the Queen's official birthday on Saturday.

Alex, who is in Year 11, flew in an Airbus KC-30 Voyager (largest plane in picture)  from Brize Norton. After taking off, the aircraft circled over the east coast before being joined by other aircraft, including two Tornados, to make a formation. The group then flew on to London and over Buckingham Palace, where they were watched by the Queen and other members of the Royal Family.

Alex said the flight lasted about four hours and when they were back on the runway, they watched the Red Arrows land.

He said: "It was a really good experience. I hadn't done anything like that before and it was exciting being in the plane."

With his air cadet group, Alex has taken part in activities like gliding, flying and camping. He is waiting to hear whether he will be part of a team that will visit Holland this summer to take part in a 100-mile walking excursion over four days.