Well done to Year 8 student Thomas who has managed to collect over 200 books for Skylark, the children’s ward at Kettering General Hospital. 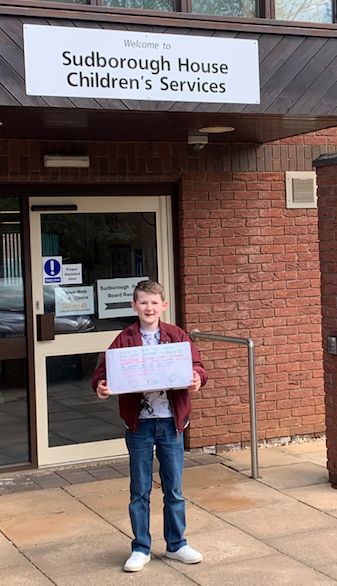 Thomas was inspired to start supporting a charity each month after watching Comic Relief. He said: ‘It was only after watching Comic Relief on television that it really hit home how much we take for granted so I decided to donate £10 and it all started from there. I knew I wanted to continue helping people and that is when I came up with the idea of supporting a different charity each month.’

‘The first day I looked and there were no books but when I came back a few days later there were 3 bags and a full box. I couldn’t believe it and never expected to receive so many donations. It was wonderful to visit Skylark ward and hand over all the books, it was a very rewarding experience to help others in some way.’

Next month Thomas is planning to collect toiletries for the homeless and will be supporting Fin’s Law the following month.

A huge well done to Thomas and thank you to everyone from KSA who has helped support Thomas by donating books.