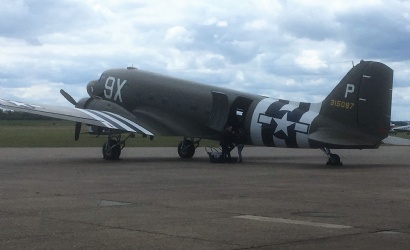 Year 10 history students at Kettering Science Academy had the experience of a lifetime when they attended the 75th anniversary D-Day commemoration at Duxford.

The students saw a formation of 23 Dakota transport aircraft carrying paratroopers to France, re-enacting the events of exactly 75 years earlier.

It was a reward trip for students who had performed well in their studies and they were accompanied by Associate Principal Tony Segalini. He said: ‘Those taking part were re-enactors and one American came around and gave all the students a 1942 American cent. They were really enthralled. Then we went outside and watched every single plane taxi out and take off one after the other with Spitfire fighter escorts.

‘It was the third time in 75 years that this has ever been seen and it will probably be the last time. All the planes were gathered from all over the world for this one event. The students absolutely loved it. It was a really amazing day, living history in action and part of the whole Remembrance process.

‘There were veterans there and some of them, 92-year-olds, tandem-jumped with the Army parachute display team, The Red Devils. As it was such a historic occasion the BBC was also there. On the news that night you could see the paratroopers jumping out and landing in France, so the students could see the other side of the journey as well. It wasn’t just a visit to Duxford, it was a full-on experience and one that our students were privileged to experience.’ 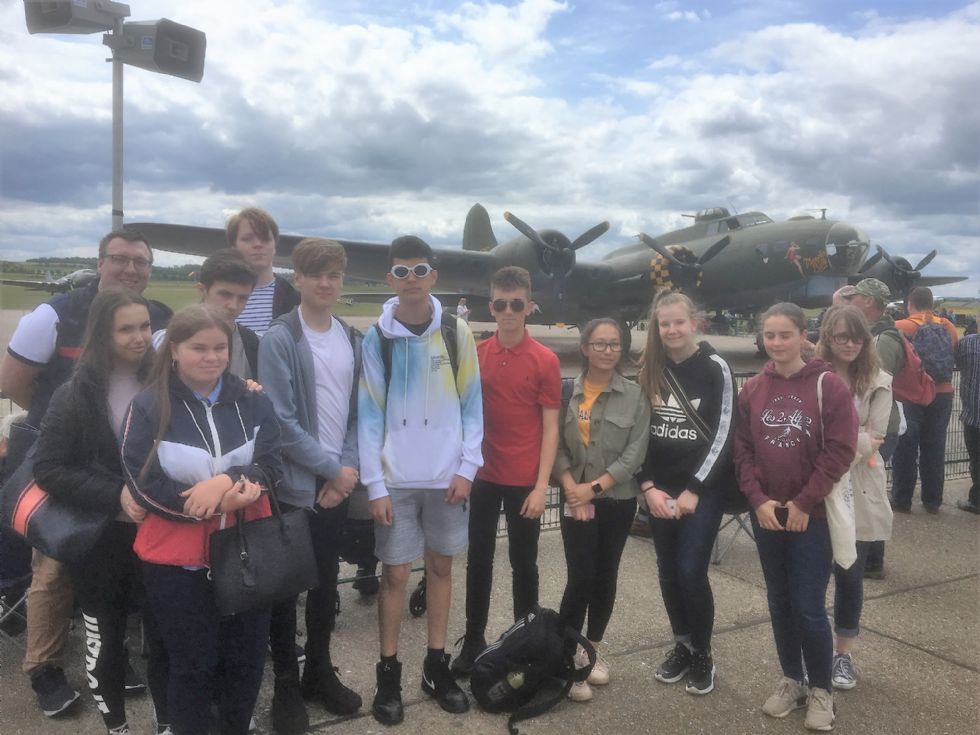