The select group of students made up of Joe Smallman, Charlotte Marlow, Tara Waterfield and Jack White went on the three day residential trip at Rugby School organised by the Institute of Physics.

The trip was also a three day competition against 11 other schools in the Midlands region and KSA candidates finished 4th place overall at the science event. 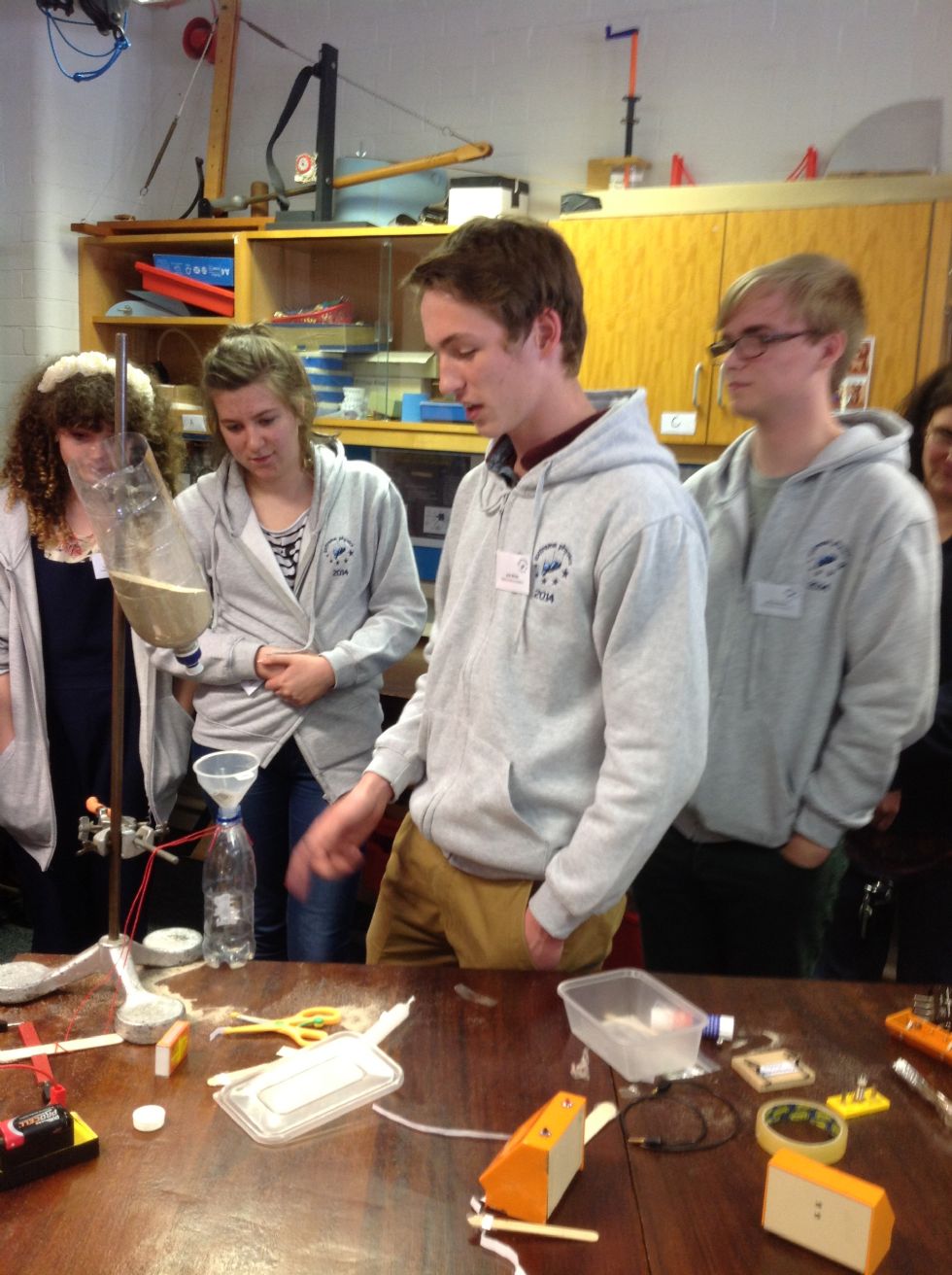 The judging panel was made up of physics undergraduates and representatives from the Institute of Physics, who graded the students on their challenges and written journals of their findings and experiences.

KSA science teacher, Louise Oliver, who took the students on the residential trip, said:  “ The four students that went were very able Year 10 science students and they had to complete a series of challenges.”

The challenges during the three day trip included a one minute timer challenge, a Trebuchet Challenge to construct a catapult to ambush a model castle, an investigation into the mass index of a model alien and a galaxy and solar–system element.

There were also lectures for the students to attend on Quark and Gluon and on Higgs boson, as well as a careers talk about physics in career choices.

On one of the days the students were also taken to the indoor skydiving centre, Airkix in Milton Keynes.

Louise Oliver said she was very pleased with the group’s achievements and praised the way they had presented themselves throughout the residential trip. She added: “They are a credit to the school and acted as extremely good ambassadors for KSA.”