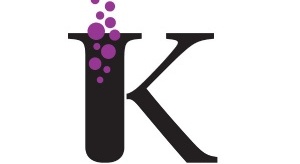 All the nominations for parent governor are now looking to be returned to the Academy by Friday, 27th June.

The Academy is looking to elect a parent governor this term to join the governing body at KSA.

Letters have gone home to parents explaining the importance of having a parental representative on the Academy’s governing body.

In the letter, Principal, Mr Paul Davies stated: “The Governing Body makes decisions about the development and direction of the school and it is essential that we have active parental representatives.

“The value this brings is vital.  In your role as a school governor, you will be supported in these duties by the other experienced members of the governing body, the principal and the clerk to the governors.

“The governing body works together as a group, meeting around 4 times a year.  If you are thinking of standing as a governor, remember that you will need to attend a minimum of three meetings a year.”

If you wish to find out more about the role of a Parent Governor you are asked to contact Amy Brooks to arrange an appointment during the next few days.

Alternatively, if you wish to apply directly you asked to simply complete an application form and return it to the Academy, marked for the attention of Amy Brooks.

Applicants are also asked to include details about themselves and why they would like to be considered for the role of parent governor.

An election will only be held if more nominations are received than the number of vacancies.

Then ballot forms will be sent home with children. Each parent is entitled to one vote per vacancy.

The ballot is secret; you are asked to post the ballot papers to the school or hand into Reception, in a sealed envelope.

Ballot papers will be posted out on Monday, 7th July with the names of candidates and their details.

All votes must be submitted by Wednesday, 16th July and will be counted on Thursday, 17th July.

To read the letter in full and for further details on how to apply click here to visit the letters page.