The Carnegie shadowing group from KSA joined other schools from the area to discuss the shortlisted books last week at Bishop Stopford School.

The Carnegie shadowing group from KSA joined other schools from the area to discuss the shortlisted books last week at Bishop Stopford School.
On Friday, 20th June the reading group from KSA attended a special celebration event for this year’s Carnegie Book Award and joined other students from Kettering schools to choose their winner for 2014.
The Academy students from Year 7, 8 and 9 met with other groups of students to talk about what they thought of the eight shortlisted books up for the Carnegie book prize, and they voted on their favourite book.
The students’ choice for the winning book was The Bunker Diary by Kevin Brooks. 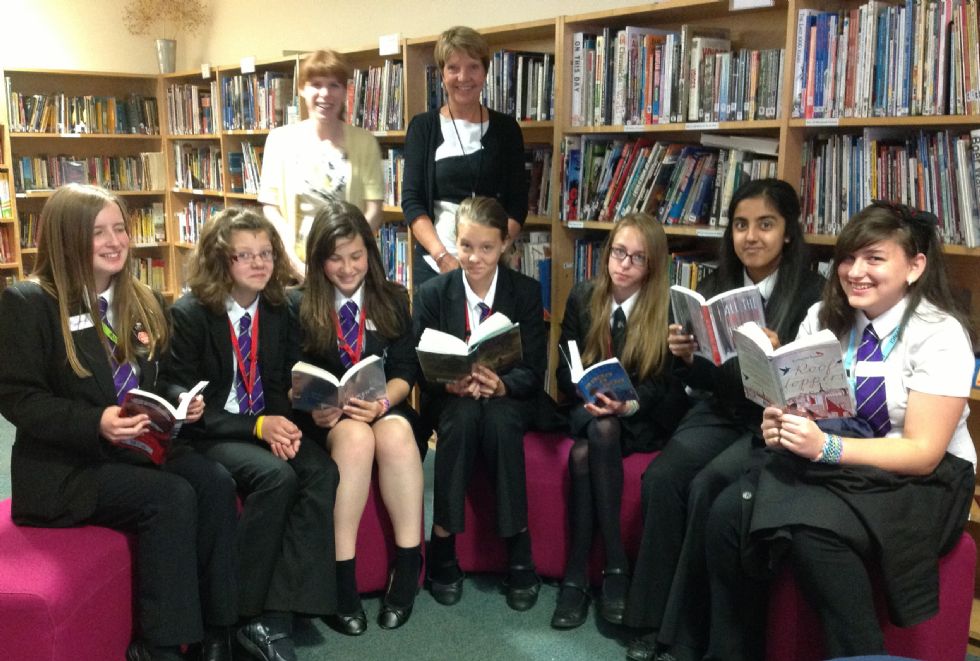 Librarian at KSA, Mrs Heidi Economou said: “It was a great event for the reading group to take part in and it is always good to hear all the students discussing and critiquing the books that they have all read as part of the Carnegie shadowing project.
“It is always interesting to hear other students’ views and opinions but all the students were quite adamant that The Bunker Diary was going to be the winning book.”
The winner of Carnegie Award for 2014 was announced on the Carnegie website yesterday, Monday, 23rd June as that of The Bunker Diary and the winner of the Kate Greenaway Award went to That’s Not my Hat by Jon Klassen.
Mrs Economu added: “Both of the winning books were my librarian choices when they were being shortlisted. I thought at the time they would end up being the winning ones.”
“The students all thought The Bunker Diary book was the winner early on in their reading of the titles.”
The students that took part in this year’s Carnegie Group at KSA were: Isobel Grave, Fern Doughty, Jodie Carlisle (Year 7), Ezri Mannion (Year 8) and Sophie Neeley, Preet Basra, Isadora Rothwell and Sophie Neeley (Year 9).

The shadowing groups’ opinions are taken into consideration by the judges from CILIP (The Chartered Institute of Library and Information Professionals) in deciding the winner of the Carnegie Award.
The award is presented on an annual basis by CILIP to an outstanding writer of a children’s book.
The Kate Greenaway Award is presented to the best illustrator of a children’s book.