The students who will be representing KSA in the forthcoming Brooke Weston Trust, Great British Bake Off Final have been selected.

The students who will be representing KSA in the forthcoming Brooke Weston Trust, Great British Bake Off Final have been selected.
A total of six Year 9 students have been competing after school in five Bake Off rounds to win their place in the grand final which takes place next month at Corby Business Academy.
A team of six students have been busy baking every Thursday evening after school as part of the competition and have made scones, tray bakes, cupcakes, pastries and bread, all of which have been tasted and judged.
The judges have included KSA Catering Manager, Mr Alan Sewell, teacher, Mrs Tracy Owen, and teaching assistant, Mrs Shelia Law.
Mrs Owen said: “The students have taken the competition rounds very seriously and have created some amazing food.
“The students have produced some really imaginative creations including cupcakes decorated to look like a basket of roses.”
Out of the six students that took part only three are going onto the final at CBA on 17th July, the Year 9 KSA students going to the final are Teresa Perez, Sophie Moss and Charlotte Bedford.
The team’s final Bake Off challenge will to be judged on their production of an afternoon tea selection suitable for six people.
The students will have five hours to complete the task.
The task allows the students to borrow from all the best creations they have baked in the previous rounds. 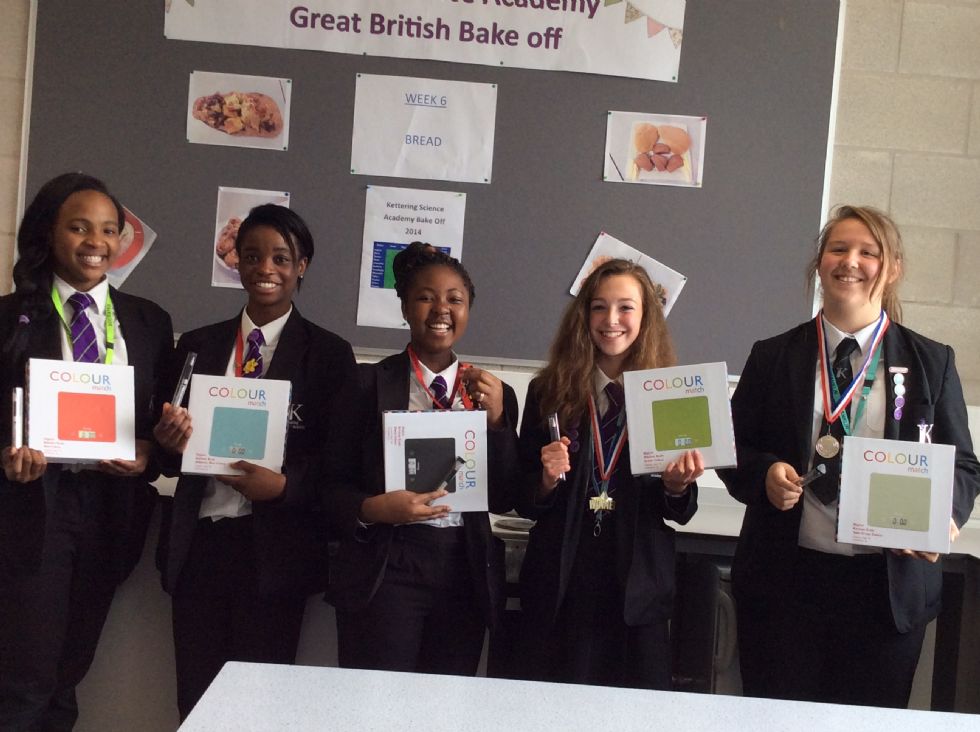 All students who took part in the Bake Off competition have been presented with their own set of electronic scales by Mr Sewell, and Principal, Mr Paul Davies presented them also with a principal’s Pen award for their achievements.