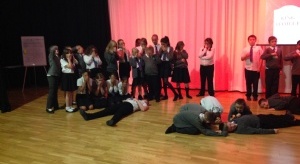 Year 6 students from local primary schools visited Kettering Science Academy last week and took part in a practical drama workshop on Hamlet.
The groups, including pupils from the Academy’s Primary Phase, were treated to a three hour whistle-stop tour of the Shakespearian play exploring characters, themes, and the narrative.
The visits also allowed for the pupils to get a taste of what can be offered at the Academy as part of the curriculum. 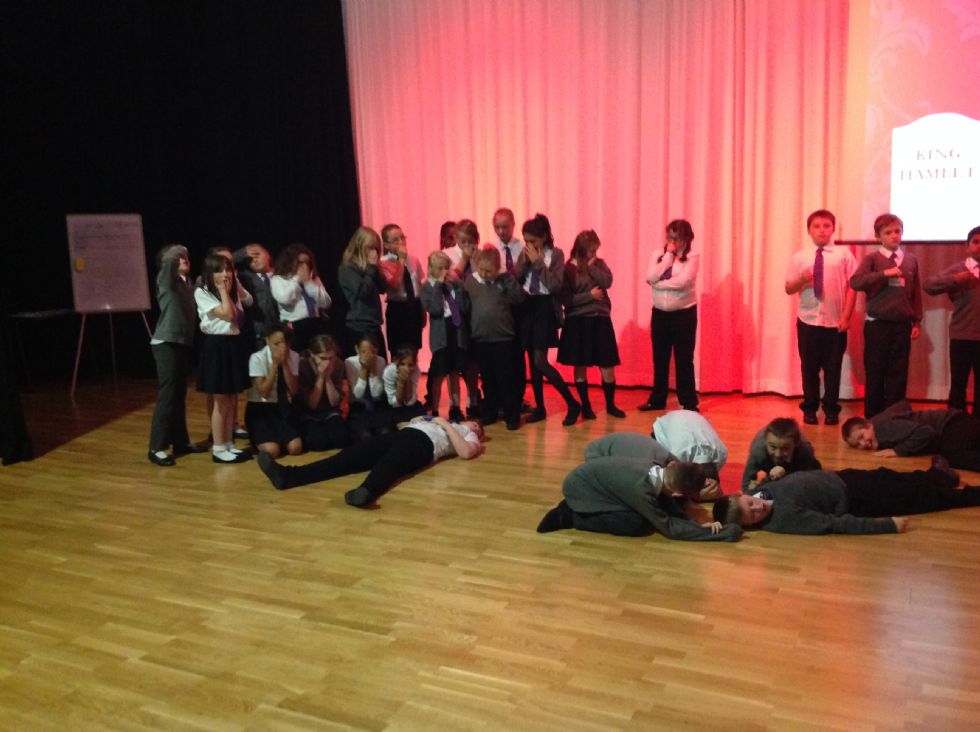 Head of drama at KSA, Miss Julia Mallard said: “The pupils that visited us were inquisitive, bright and polite and a delight to teach. It is such an enjoyable week working alongside local primary schools and supporting their Drama provision.
“I have received some very positive comments from primary children and staff. I have also been fortunate enough to receive some lovely positive comments
from parents who have contacted me.
“This has been a wonderful project which we have run over the last few  years and very worthwhile for all involved.”
Pupils from KSA’s Primary Phase [pictured] visited last Friday, but during the week pupils visited from Broughton Primary School, Pytchley Primary School, Millbrook Juniors, Meadowside Primary School and Hall Meadow Primary School. A total of 300 pupils visited the secondary phase last week to take part in the drama activities.