Year 11 Student Liam Watts has been honoured as a St John Ambulance Cadet and has been awarded the highest accolade of the Grand Prior Award.

Year 11 Student Liam Watts has been honoured as a St John Ambulance Cadet and has been awarded the highest accolade of the Grand Prior Award.
The award was presented to Liam at a special awards ceremony at the Kettering group’s headquarters in Fuller Street on Monday, 29th September.
Liam, who has been a member of the group in the town for the last five years, said he was very pleased to have received the award.
Lia 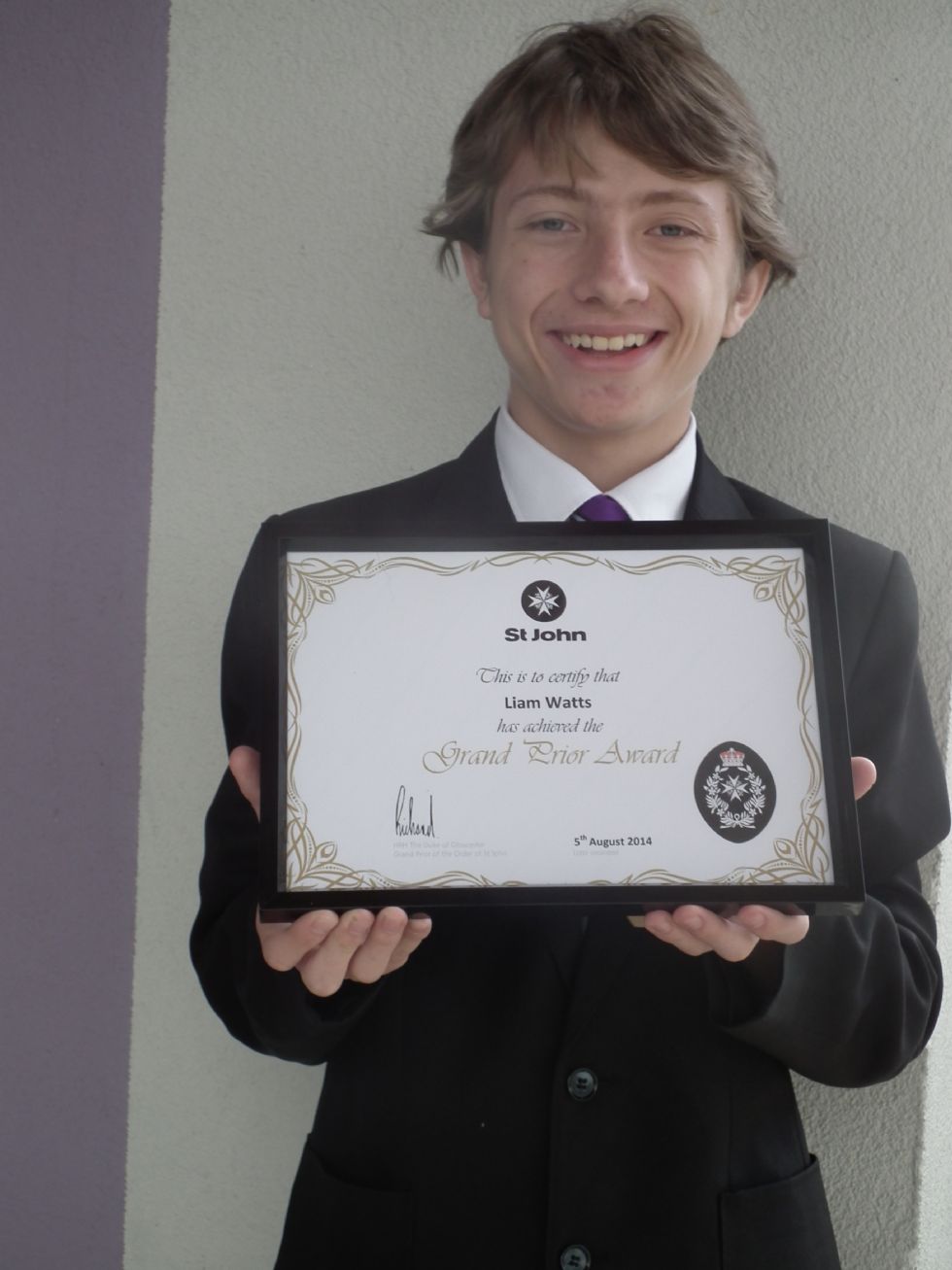 m said: “My mum encouraged me to join the St Johns Ambulance group as she has been involved with the organisation for many years. I enjoy attended the group and I have an avid interest in first aid. I enjoy going to various events like the theatre and sports events to provide a first aider presence.”
A cadet receives the Duke of Gloucester’s Grand Prior Award after completing their bronze, silver and gold awards and after completing a total of 24 units of skills.
To enable Liam to be receive the award he has completed various courses including communication skills, working in a team and first aid.
The programme of learning allows for young people from the age of 10 upwards to gain important life skills whilst working towards the different level of awards.
The cadets have more than 70 subjects to choose from to help complete their awards. These range from fire prevention and photography, through to sports and first aid.
The Grand Prior's Award recognises a self-motivated and capable young person's ongoing commitment to learning and is rewarded internationally throughout the various branches of St John Ambulance and is also known as the ‘Badge of the Order’
The international governing body of the Order, the Grand Council states it is the highest award for the cadets to be awarded, apart from that of the bravery badge.
Liam said: “I am really pleased to have received this award. I was amazed. It was a total surprise, I did not know I was going to be presented with the award on the night. I received the Grand Prior’s badge and a framed certificate.”
The award was presented to Liam by the Deputy Mayor of Kettering, Cllr June Derbyshire.