Year 8 Students at Kettering Science Academy have been taking Secret Santa orders for students and raising money for charity.

Year 8 Students have been taking Secret Santa orders for students and raising money for charity.
The students from 8 Franklin B have been selling candy canes for 50p each and then on the last day of term, tomorrow, Santa’s helpers will be delivering them to students. 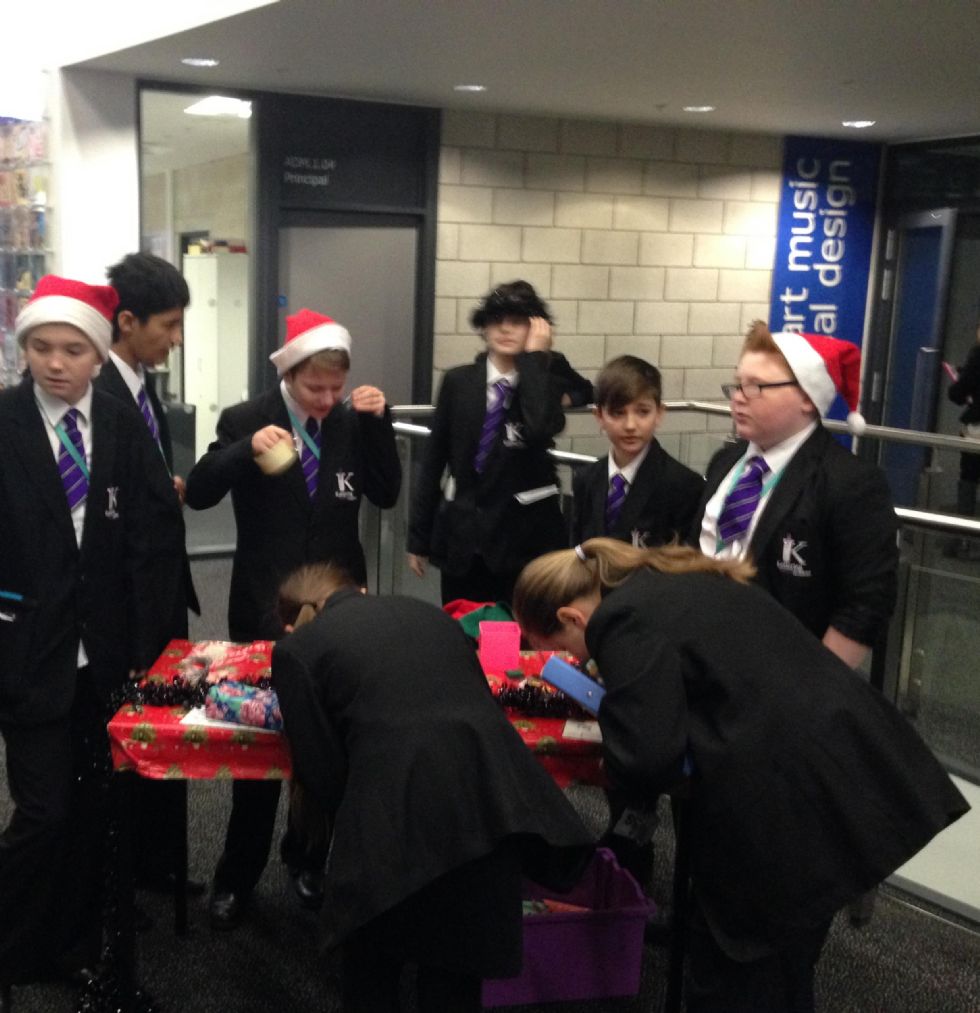 Business teacher at KSA, Mr Adam Finn-Scinaldi said: “The students have been selling the candy canes to their fellow students and they can attach a secret Santa message to the canes for someone in the Academy. Then my form group will deliver them during CAPS time on Friday. The money collected is going to a nominated charity, although which one hasn't been decided yet.”
So far the Secret Santa group have raised a total of £24.