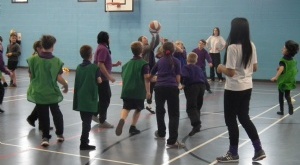 Year 5 pupils have been enjoying sports sessions being run by the Year 11 students at the Secondary Phase today, Tuesday, 20th and last Tuesday, 13th January.

Year 5 pupils have been enjoying sports sessions being run by the Year 11 students at the Secondary Phase at Kettering Science Academy today, Tuesday, 20th and last Tuesday, 13th January.
Pupils from KSA’s Primary Phase have been guided through various sports sessions at the Academy by GCSE students as part of their Level 1 Sports Leaders Course.
The Year 11 students were being assessed during the sessions on both Tuesdays, as they were instructing the visiting Year 5 pupils through their pre-planned sessions. From getting them properly warmed up to then taking part in a game. Last Tuesday the visiting pupils were playing basketball. 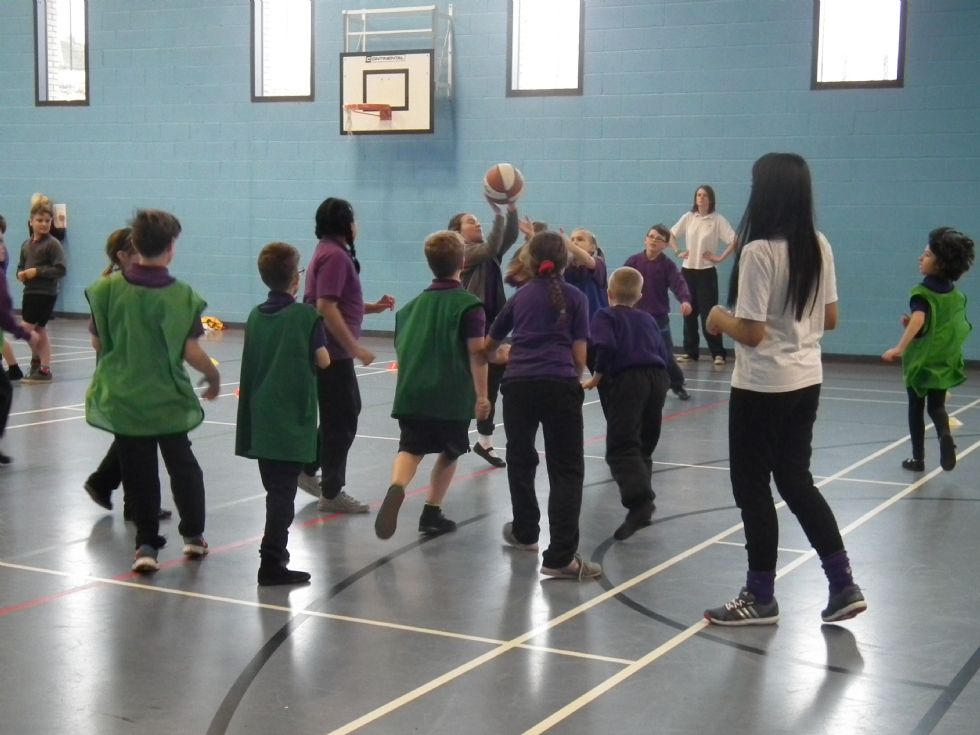 Teacher of PE at KSA, Miss Jessica Davis said: “The sports leaders’ course is going well. My class are currently completing their final hour of leadership meaning they are leading a group of 12-15 year 5 students through a session they have planned and organised themselves. During the hour of leadership the sports leaders are being assessed on their application of all leadership skill they have been taught over the course for example; behaviour management, motivation of participants and different ways to communicate.”
Year 5 teacher at the Primary Phase, Miss Louisa Turner said: “Year 5 pupils have really enjoyed being invited down to the secondary phase to be a part of the Sports Leaders programme. They have had the chance to use the facilities and be taught new skills by KSA students, it is proving to be a great hit with the children. The sports leaders are delivering great lessons, which are fun and engaging for the children.”