A group of Year 10 students from Kettering Science Academy took part in an Extreme Physics event at Rugby School during the Easter holidays.

A group of Year 10 students from Kettering Science Academy took part in an Extreme Physics event at Rugby School during the Easter holidays.
The group of four students represented the Academy at the three day event which had been organised by the Institute of Physics.
The students who took part in the science event were Sonny Dixon, Teresa Perez, Denisa Damian and Jodie Lovell.
As part of the event, the team took part  in a series of Physics challenges, investigations and tasks to gain points. They competed against another 11 school teams, mainly from across the East Midlands, although the winning team were from Belfast Grammar School.

KSA Science Teacher, Miss Louise Oliver explained: “The Challenges included; building a one minute timer, completing an experiment to determine the mass of an alien, designing and building a trebuchet, which they used to bombard a model castle with modelling clay missiles and creating a model of exoplanets in an unknown galaxy.
“The students also attended two lectures. The first, delivered by Peter Watson of the University of Birmingham, described the discovery and the significance of the Higgs Boson and the second was about the physics of Tasers and stun guns.”
Also part of the trip the students visited Milton Keynes to use the climbing wall and try out indoor skydiving at the Airkix facility.
On the final day each school's team had to deliver a presentation on a physics topic.
Miss Oliver said: “Our students produced a lively demonstration explaining the concept of magnetism. They included concepts such as the Earth's magnetic field and how it causes the aurora at its poles and an explanation of the Curie temperature of a magnet.”
She added: “Although the team were not placed in the top three they won Achievement rosettes for several tasks, including the remote control car challenge, and were praised by the judges for their outstanding presentation. They were excellent ambassadors for KSA and it was a pleasure to take them on the trip.” 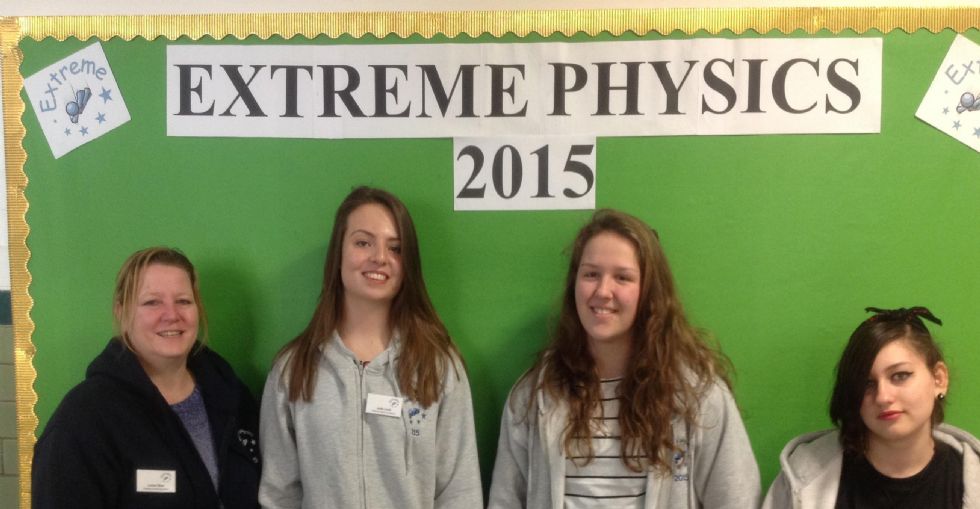