The newest Vice Principal at Kettering Science Academy is focussing on getting the best outcomes for students with their education and future career choices.

The newest Vice Principal at Kettering Science Academy is focussing on getting the best outcomes for students with their education and future career choices.
Dr Andrew Kirk started at the KSA just after the Easter break and he is based in the science wing with his role including overseeing the Academy’s science department.
Dr Kirk joins the school with a many years of teaching experience behind him.
His last teaching role, before joining the Academy, was in Peterborough where he taught for ten years and previously he worked in Wellingborough and Corby schools.
He is a teacher of physics and studied at the University of Nottingham. 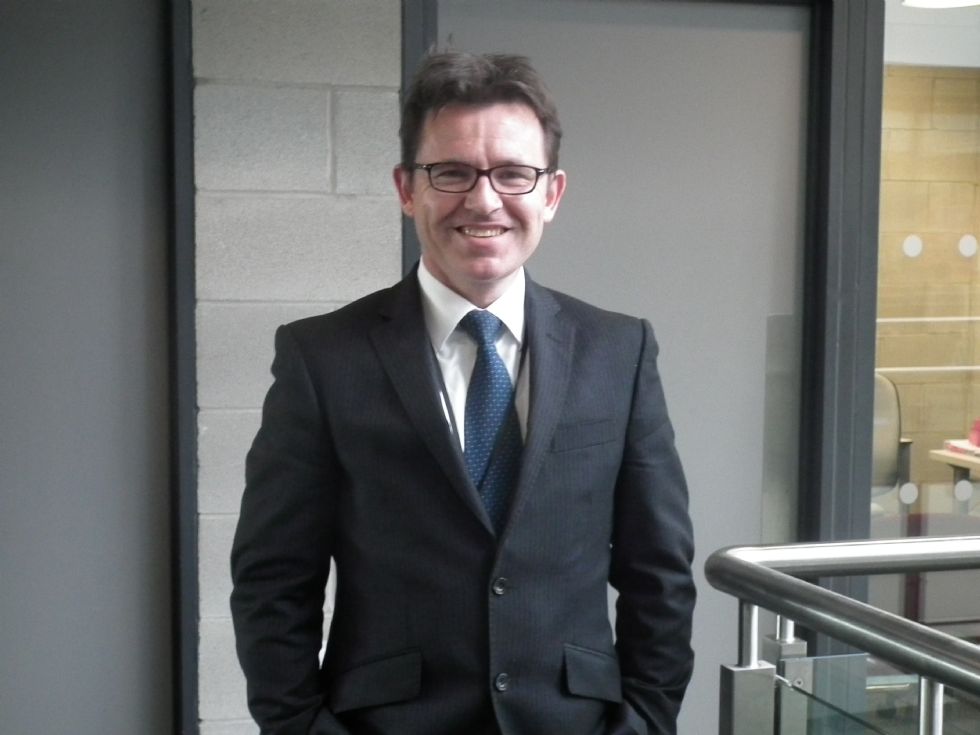 Dr Kirk said: “I spent four years there doing a PhD in Theoretical Physics then I decided to get out more, so I travelled to Africa and became a teacher. I have never regretted that decision!”
Three weeks into his new position at KSA, he said: “I am really enjoying the role so far. I am enjoying working with new people and getting to know new staff and students.  Everyone has been very welcoming.”
Dr Kirk said it is an exciting time for the school and students and also for the science department at KSA with the renewed focus of the school as a science specialist academy.
He said: “We will be soon appointing some new science teachers and from September there will be a new head of the science department.”
He added: “My role on a day to day basis is to look after the science wing and making sure all the lessons are going smoothly and sort out any problems that might occur.
“Going forward I will also be looking at students’ data and looking at where improvements can be made for achieving better outcomes for our students’ learning and future prospects.
“I will also be looking at getting the cover for lessons right for the continuation of work without disruption to students’ studies.”
He said: “I have worked in similar schools before and I am looking forward to working with the students at KSA to help them think about the future and aim to help them to be as successful as they can be. “
He said: “I have already been working with a group of Sixth Formers and I am looking to help them get the A level grades they need to access their chosen university courses; with one student seeking advice to make it into a course at Cambridge University. It is a really exciting time to be here, everyone is keeping focussed on improving standards and we are working together to get the best deal for our students.”