A team of Year 10 Students from Kettering Science Academy came second at a recent inter-schools maths challenge event.
Two teams of students represented the Academy at the Maths Feast Challenge event at Corby Business Academy;  A Band team members were Taryn Spafford, Lee Baker, Alex Barratt and Farhan Abubacar and the other team members from B Band were Sam Blackman, Tommy Winstone, Teresa Perez and Charlotte Bedford.
The competition was organised by the Further Mathematics Support Programme which aims to test the students’ mathematical, team-working, problem solving and communication skills.

Maths teacher at KSA, Stephen Ready said: “The B band team did extremely well and came second place overall after a series of challenges. The A band didn't do quite so well but were commended for excellent team work and resilience.”
Year 10 student, Teresa Perez, member of the second placed band B team said the event had gone well and saw the two teams from KSA competing against each other and the other schools within the Brooke Weston Trust.
She said: “We were set a number of different maths tasks and some were more challenging than others as we were asked to work out some tasks based on work we had not yet looked at in class. This was quite challenging, but a lot of it could be worked out by applying common sense and our general understanding of the questions. It was great to come second.”
Corby Business Academy students came first and Brooke Weston students came third.
To see examples of the types of questions the students faced in the Maths Feast click here .
The KSA students,  following the maths competition, have now been invited to a day of problem solving at Loughborough University on Wednesday, 20th May. 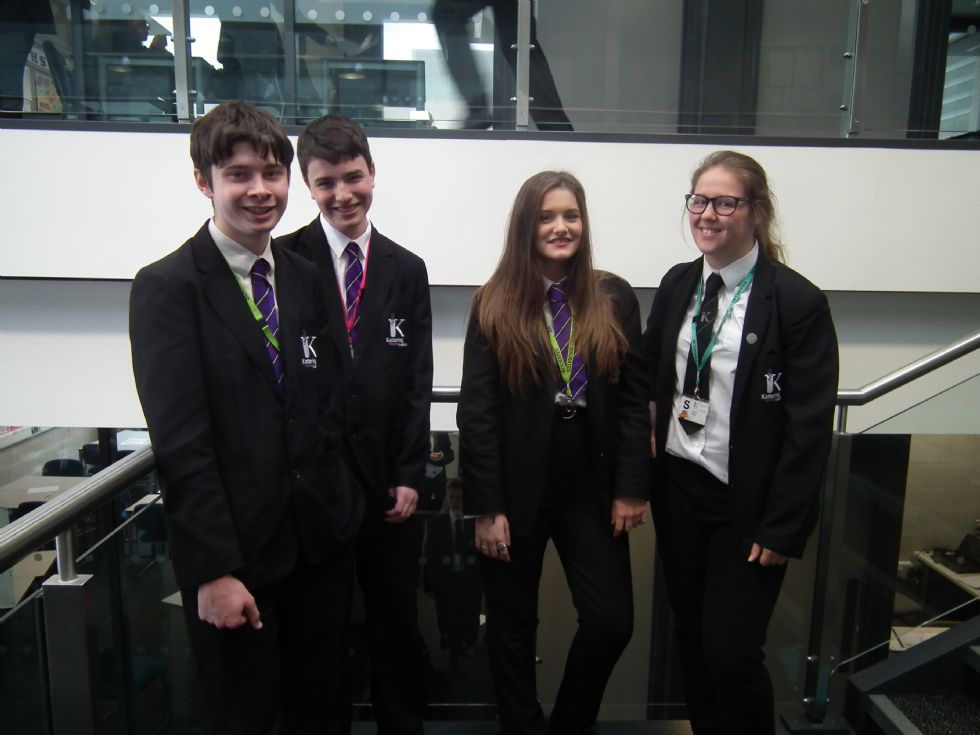