A Carnegie Award shadowing group has been set up at Kettering Science Academy and the group of six students are starting to read through the shortlisted books for this years’ book prize.

A Carnegie Award shadowing group has been set up at Kettering Science Academy and the group of six students are starting to read through the shortlisted books for this years’ book prize.
The students from Year 7, 8 and 9 have signed up to be members of the reading group that will be meeting on a regular basis to discuss the chosen books.
The group will meet once a week and also every 2 weeks during CAPS up until 22nd June when the winner will be announced.
Also as part of the reading experience the group will be invited to a Carnegie event at Southfields School in Kettering to debate with reading groups from other secondary schools in the area and to decide on their winner for the competition. 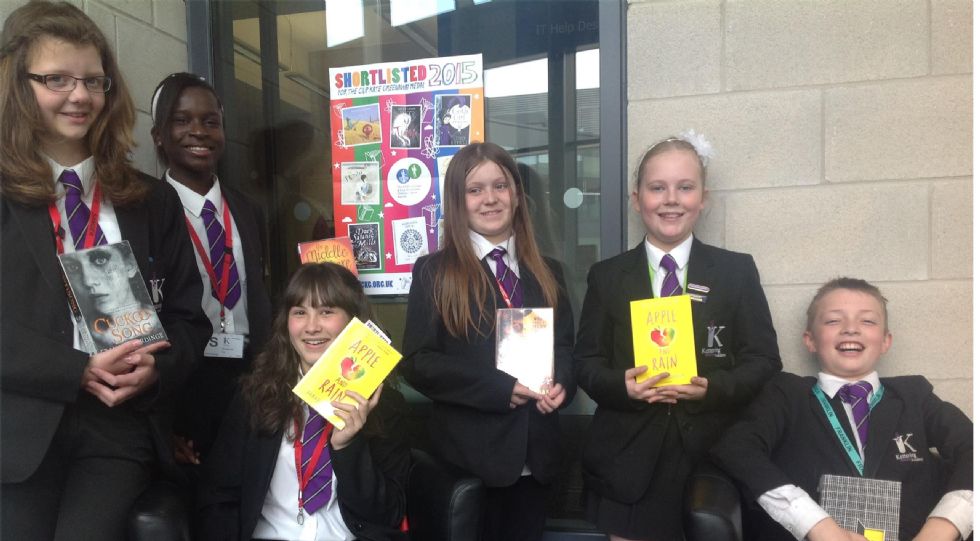 Head Librarian at Kettering Science Academy, Heidi Economou said: “We will also be launching a website onto which students and staff will be encouraged to leave reviews on the shortlisted books. This year we have decided with other local schools that one of the shortlisted books will not be shadowed by students, ‘When Mr Dog Bites’ by Brian Conaghan,  as unfortunately the language in the book isn’t suitable for many of the students involved, so we felt this was a responsible decision to make.”

This year's Carnegie shortlisted Books are:

The Middle of Nowhere by Geraldine McCaughrean (Usborne Books)

More Than This by Patrick Ness (Walker Books)

The students are being asked to review the books, not only on whether they were a good read and enjoyed, but on the overall reading experience gained and the information retained afterwards.
They will also be asked to comment on the plot, characters, and the writing style of the book.
The Carnegie Medal is awarded on an annual basis to the writer of an outstanding book for children.It was established in 1936, in the memory of Scottish-born philanthropist, Andrew Carnegie (1835 -1919) Carnegie was a self-made industrialist who made his fortune in steel in the USA, and set up libraries across the world and, by the time of his death, more than half the library authorities in Great Britain had Carnegie libraries.
The winner of the medal is announced on Monday, 22nd June.
The medal is awarded by CILIP: the Chartered Institute of Library and Information Professionals.

For more information on the shortlisted books visit: http://www.carnegiegreenaway.org.uk/carnegie/current_shortlist.php