A Year 7 student has decided not only to donate money to a children’s cancer charity but will also be sending away her long locks of hair.

A Year 7 student has decided not only to donate money to a children’s cancer charity but will also be sending away her long locks of hair.
Stephanie James, 12 has made the decision to have her long blonde hair chopped off for charity and along with her younger sister, Izzy  they are going to donate their pony tails to help make children’s wigs for young patients who have suffered hair loss.
The sisters are currently collecting sponsorship money and will be continuing to grow their hair until July or August this year before sending their money donations and hair off to The Little Princess Trust Charity. 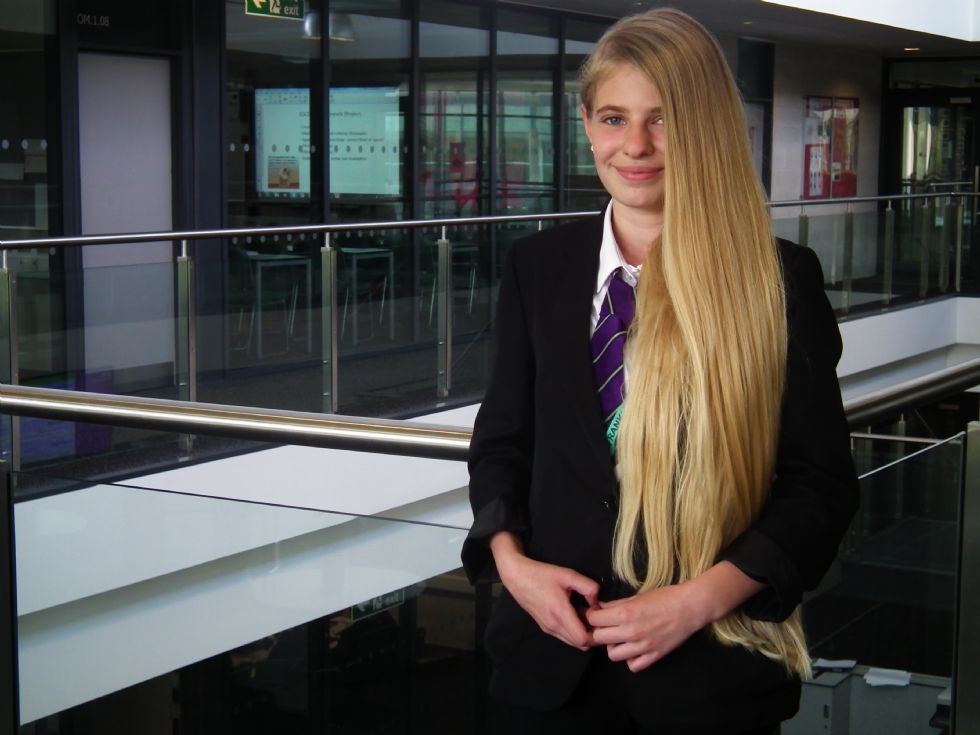 Stephanie said: “I was thinking about cutting my hair shorter anyway, but then I thought I could collect sponsorship at the same time and that’s when we came across The Little Princess Trust, a charity which also accepts hair donations. The hair is used to create real hair wigs for children who have suffered hair loss due to illness. My sister also decided she wanted to do the same and we are both really excited to able to help the charity both by raising money and by donating our hair.”

Stephanie said she has been growing her hair ever since she was very little and only gets it trimmed once a year, but she said she is looking forward to having a change of hairstyle as well as helping a good cause.
Stephanie is currently collecting sponsorship from family and friends and she hopes to raise more than £350 for the charity.
For more information about the charity visit the website at: http://www.littleprincesses.org.uk