The Primary Phase hosted a tightly fought book quiz at the end of last term which was won by Kettering Science Academy pupils.

The Primary Phase hosted a tightly fought book quiz at the end of last term which was won by Kettering Science Academy pupils.
The annual Brooke Weston Trust inter-schools Big Book Quiz for 2015 was hosted by KSA on Thursday, May 21st in the Secondary Phase’s lecture theatre.
Teams of five pupils from visiting Trust Primary schools of Peckover, Beanfield, Oakley Vale and Gretton competed in the quiz and the teams' scores were neck and neck and tightly matched right until the end buzzer.
Each primary school had read and studied one book each and were asked questions on their book and later answered questions on Five Children and It, that all the schools had read. The other books the schools had read were:  Black Beauty, Treasure Island, The Railway Children, Jungle Book and The Secret Garden.
To end with there was a quick fire, on the buzzer general knowledge round.
Librarian for the Primary Phase at KSA, Mrs Jane Hughes said: “The lead in the last round went from one school to the other several times, but eventually KSA managed to creep into the lead at the end  and won the competition.”
Mrs Hughes added: “It is a great event each year and it is well supported by the other schools, who bring along their own supporters with team banners. Everyone did very well as the final scores show of  18 -Peckover, 21-Gretton, 22- Oakley Vale, 23-Beanfield and 26 – KSA.” 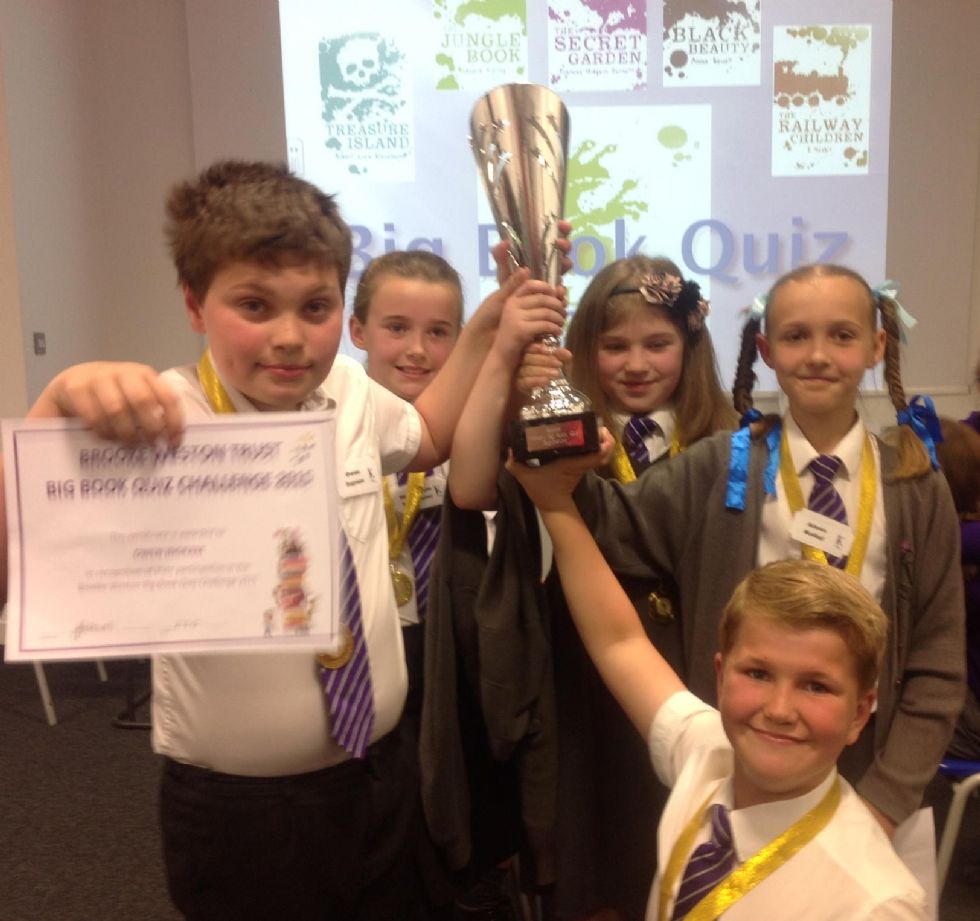 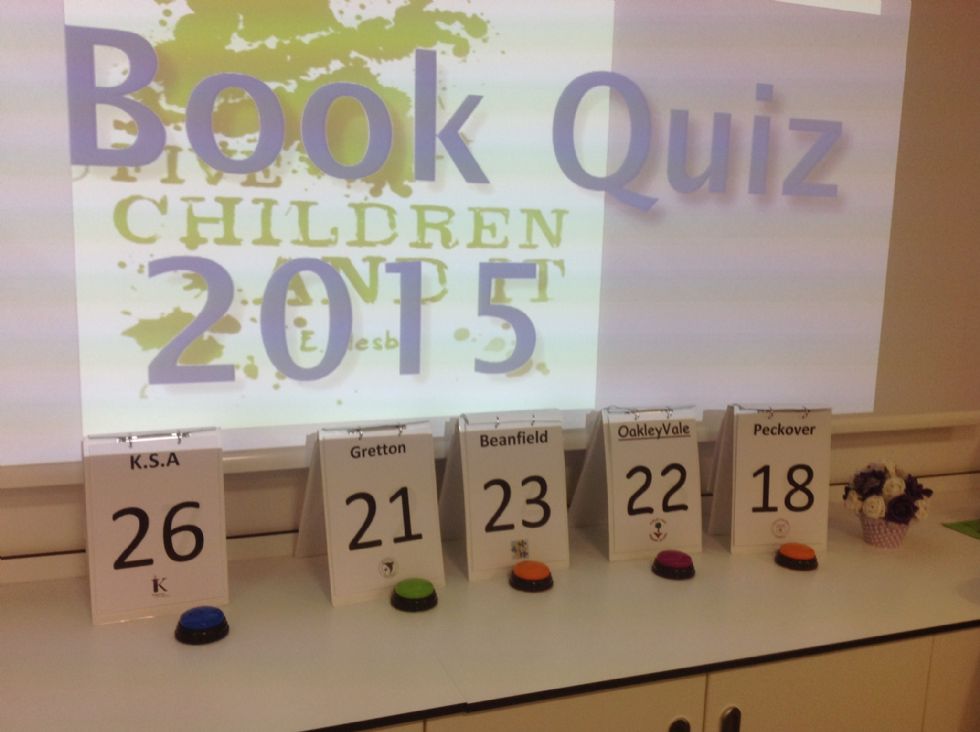