Students from this year’s Carnegie shadow reading group met with one of the nominated fiction authors yesterday as part of a  discussion event held at Southfields School.

Students from this year’s Carnegie shadow reading group met with one of the nominated fiction authors yesterday as part of a discussion event held at Southfields School.
On Monday, June 22nd members of KSA’s Carnegie reading group for 2015 met with groups from other schools in the area to talk about the shortlisted books for this year’s book prize.
All the students had read through the titles on the fiction shortlist and discussed the merits of the books. They all then waited to see if their group's favourite book was chosen as the 2015 Carnegie winner.
Head librarian from KSA, Mrs Heidi Economou said: “We all had a lovely morning at Southfields with ours students sharing their views on the books with the other students. The other schools had chosen ‘When Mr Dog Bites’ by Brian Conaghan as the winner, but our students had chosen ‘Apple and Rain’ by Sarah Crossan. The actual 2015 Carnegie book winner was also announced yesterday as ‘Buffalo Solider’ by Tanya Landman.” 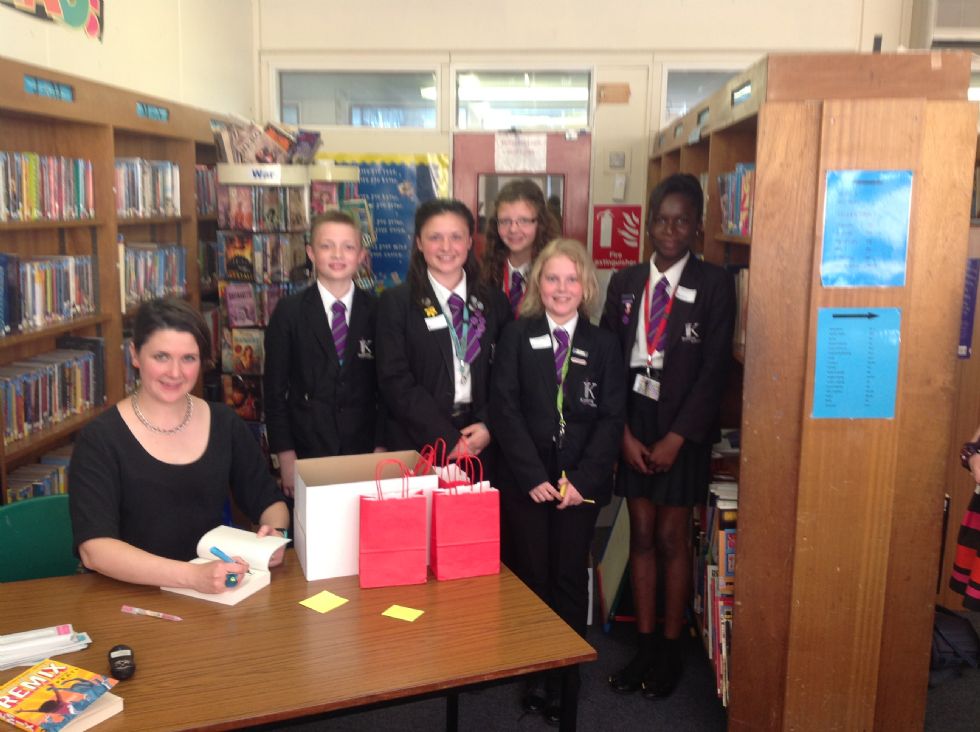 One of the authors that had been chosen for the longlist in this year’s competition, Non Pratt was also present at the event and spoke with the students about her career as an author.
Mrs Economou said: “She was lovely and explained what processes she goes through writing a book. She said she was over the moon to have been nominated for this year’s Carnegie and really happy to make it onto the longlist.  She spoke about her enjoyment of writing for young adults and how she draws upon her own experiences to write her books. Our students thoroughly enjoyed the morning and were all given a signed copy of Non Pratt’s book ‘Trouble’.”

Year 7 student, Oliver Whysall also won a £5 voucher at the event as the winner of the Book Dingbat Competition.
Other schools that took part in the event were Southfields, Wellingborough School, Montsaye,Wrenn, Bishop Stopford and Latimer Arts College.