The Sixth Form Open Evening at the Academy was well attended by current Year 11 students and their families on Tuesday evening.

The Sixth Form Open Evening at the Academy was well attended by current Year 11 students and their families on Tuesday evening.
The evening commenced with an introduction from KSA Principal, Mr Paul Davies and a presentation from the head of sixth Form, Assistant Vice Principal, Miss Jane Watson.
Mr Davies and Miss Watson spoke of the Sixth Form’s successes including the rating of ‘good’ in the most recent Ofsted report and this year’s 100 per cent pass rate for KSA students at A level. 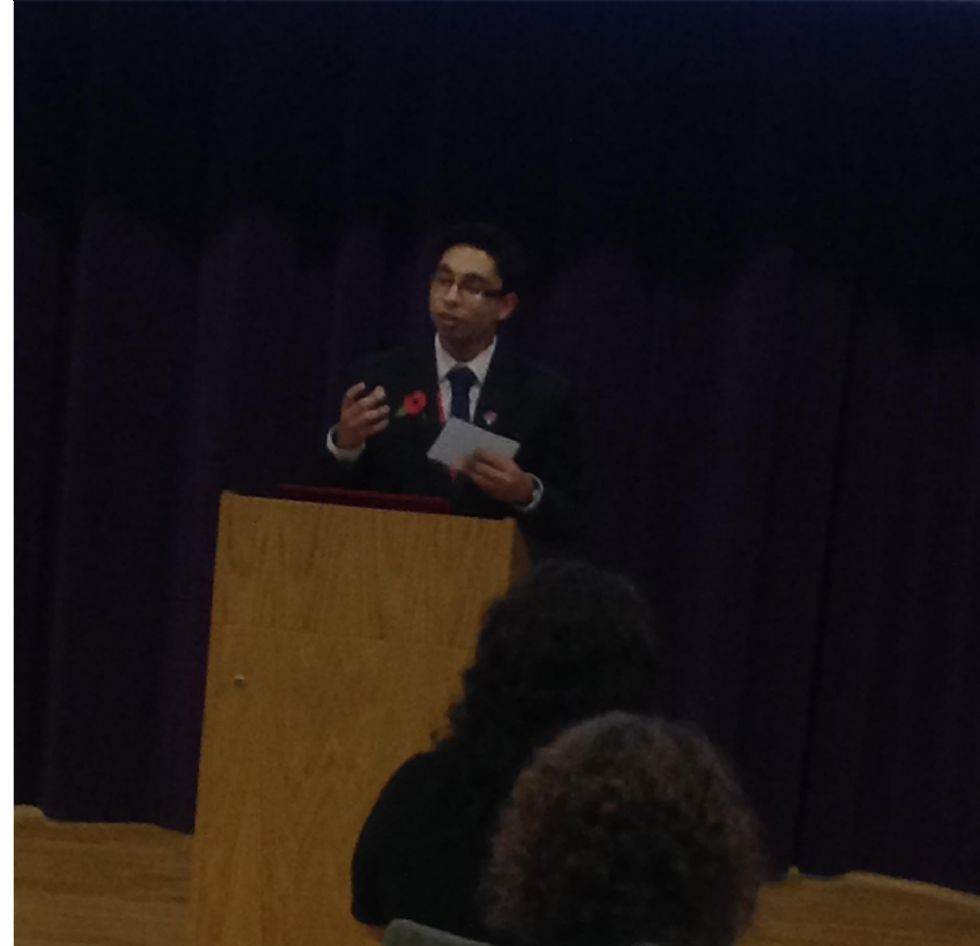 The head boy, Dylan Birk and head girl, Charlotte Clubley also addressed the visitors on their time in the Academy’s Sixth Form and both of them praised the level of support and opportunities they had been provided with through the Academy.
Dylan explained about a medical masterclass he attended, he said: “It is all about helping to develop skills that will allow you to stand out from the rest when it comes to applying for your university place. The experience adds to what you can say at interviews and include in your personal statements.”
Charlotte also explained her chosen career path into marine biology was helped by taking part in a  Camps International Trip to Tanzania in 2014 with fellow students and gaining a scuba diving qualification from the Professional Association of Diving Instructors (PADI) whilst they were there.
She added: “KSA is unique with dedicated staff that set aside time for you and provide you with opportunities that set you out from the crowd.”
After the presentations the families were given the chance to view the various subject departments in action and to discuss about the courses on offer in more detail with some of the Sixth Form Team.
The Secondary Phase’s library was also open displaying all the course resources, books and literature available to aid students with their studies.
A careers advisor from Timely Advice was available to discuss about various Post-16 options and there was also an information stand for students interested in getting involved with the National Citizen Service (NCS), which offers volunteering opportunities for students on various community projects.
Representatives from Northampton and Southampton Universities were also present to talk to about further education courses available to them after A levels.
The Sixth Form Charity Committee also had a stall set up on the night in the Academy’s restaurant fundraising for Children in Need.

Photos of the evening can be found on the latest photographs page.