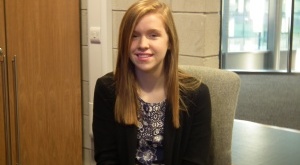 One of our Sixth Former Students played her part to secure victory for the Kettering Harriers under 20 women’s relay squad and the team's efforts continue to be rewarded.

One of our Sixth Former Students played her part to secure victory for the Kettering Harriers under 20 women’s relay squad and the team's efforts continue to be rewarded.
Year 12 Student, Hannah Winstone was one member of the women’s 4x400m relay team that won the National title at the English Championships at the Bedford International Stadium this summer.
Since winning the title the girls' sporting achievements have been recognised by their home town and the county.
Earlier this month the team won the county title of Community Team of the Year at the Northamptonshire Sports Awards held at Hangar One in Sywell on 12th November and previously they were named as Kettering Team of the Year at the Kettering Sports Awards event at Wicksteed Park in October.
Hannah, who was recruited for the race as a stand in for a member of the team who was away, said: “I was really proud to be asked to step in at the last minute and even prouder to be part of  the winning squad in the summer.  I found the whole experience with the team very rewarded.”
Hannah, who is 16, has been running with Kettering Harriers since she was 9 years-old and currently runs twice a week with the running club in the town.
She is also competing in various cross country events and is taking part in her next 5k this weekend at Wicksteed Park.
However, she admits she favours track events and when the track season starts again she said she is keen to better her 63.1 Personal best time, which was her time for the third leg of the winning relay race.