Harry Potter fans from Year 8 and 9 at the Academy were given the chance to meet the illustrator of the new versions of J.K. Rowling's books.

Harry Potter fans from Year 8 and 9 at the Academy were given the chance to meet the illustrator of the new versions of J.K. Rowling's books.
Mr Jim Kay spent time with students during a visit to Corby Business Academy on Tuesday, 1st December and a small group of students from KSA were invited to attend the event and speak to Mr Kay.
Students that attended were: Year 8 Students - James Handley, Lily Newstead, Amy Dimmock, Lois Powell, Mia Williams, Jazmin Eady and Mark Fenton as well as Year 9 student, Lucy Allely. 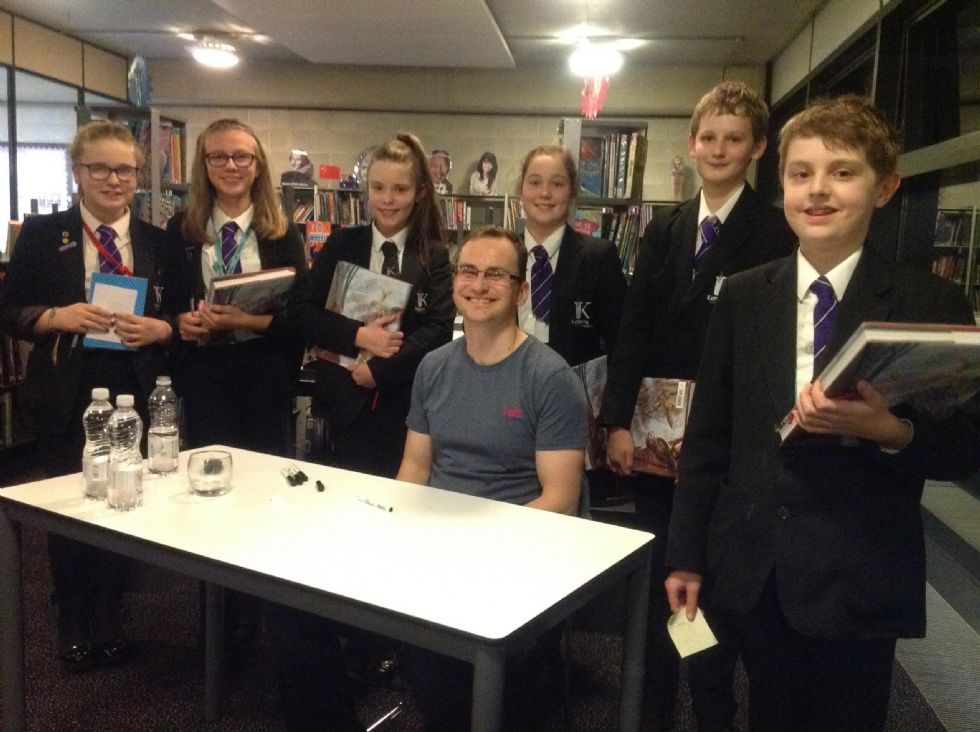 Head Librarian at the Secondary Phase, Heidi Economou, who accompanied the students on the visit, said: “The students who went to meet Mr Kay are very keen Harry Potter fans and were both interested and excited to meet him. He talked all about his illustrating career and about how he felt being asked to illustrate all the new versions of the Harry Potter Stories by J.K. Rowling. He talked a lot about his inspirations for his pictures and how his images for the books meant he had to forget all about the film versions of the characters and the movies' locations for the stories, enabling him to re-invent the looks of the characters and create new settings based on his own imagination of reading the stories. Mr Kay lives in Kettering and owns a greyhound, and he explained to the students about his greyhound being his model for the new faces of Fluffy.”
Mr Kay is an award winning illustrator with his illustrations for the book A Monster Calls by Patrick Ness won him the Greenaway Award in 2012.