Our students came 10th in the regional final of a Royal Society of Chemistry competition at the weekend.

Our students came 10th in the regional final of a Royal Society of Chemistry competition at the weekend.
On Saturday, 23rd January, four of our students from the Secondary Phase were at Derby University to compete in the East Midlands final of the Top of the Bench science competition.
To reach this round our students had won the Northamptonshire round of the contest held at the University of Northampton in December.
At the regional final students had a theory paper to answer collectively and were set a practical challenge to work on also as a team. 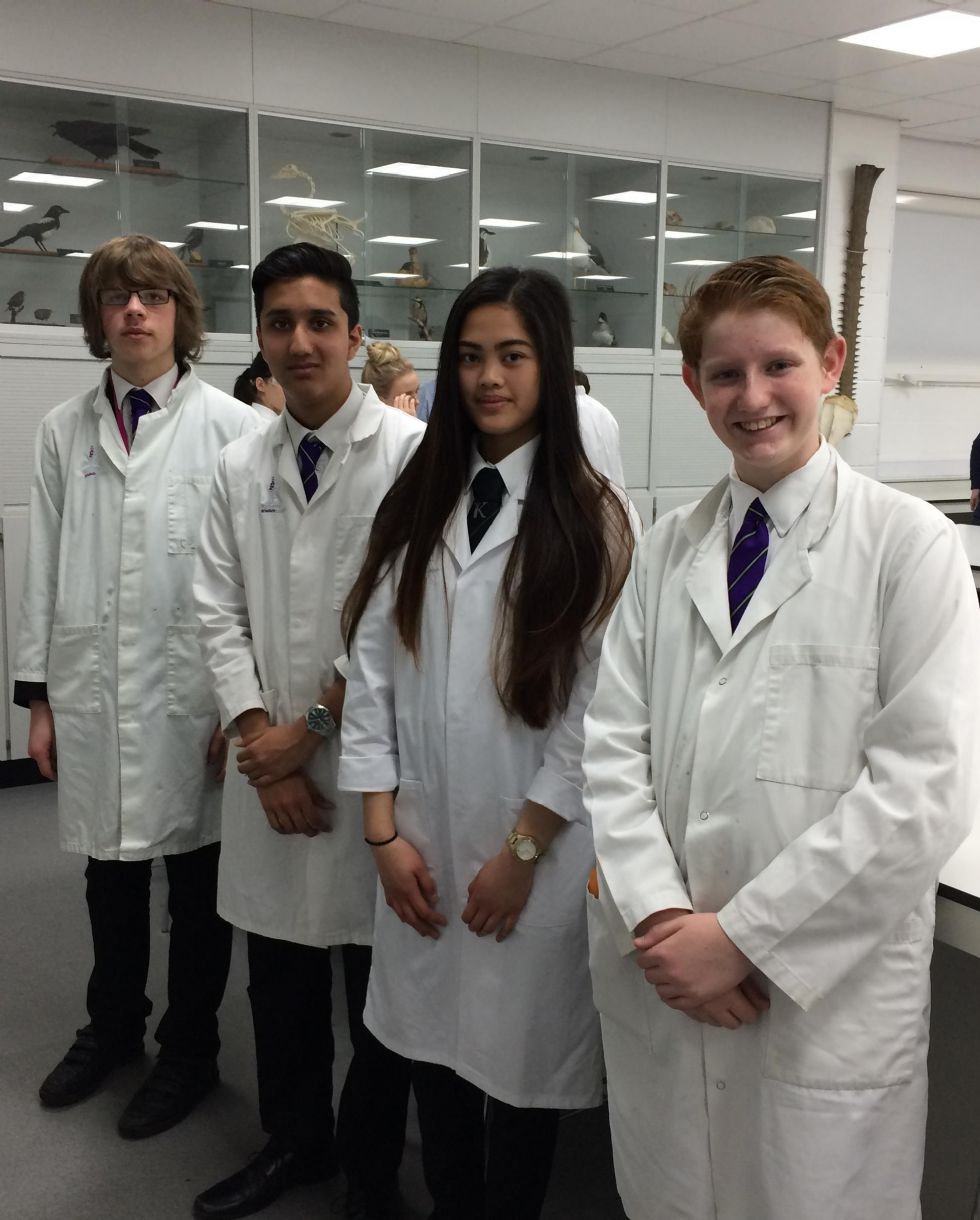 Students that took part in the contest were: Year 9 Students, Bernard Dec and Owen Wilson, Year 10 Student Ishan Tailor and Year 11 Student, Ericka Bote.
Ericka and Ishan said they were both pleased with the KSA team’s overall performance, especially when they were faced with some strong contenders from the other 19 schools from the region.
Ishan said: “Some of the questions were quite difficult, especially the ones worth more than one or two marks, but we tried our best to answer them. The practical element was about changing colours of solutions and was timed, which was easier than the quiz. We were pleased we came where did as the competition from the other schools was tougher than in the county round.”
Year 9 Student, Owen said: “It was very challenging, but a fun experience. The demonstrations were both informative and interactive.”
Bernand said: “It was very different to the last round and the standard of contestants was a lot higher than before. It was a good experience.”
Science teacher at KSA, Louise Warne, who accompanied the team to the contest, said: “The students had a really great experience working in a university chemistry lab, and watching a great demonstration given by the Royal Society of Chemistry and university staff. This included glowing jelly, making ice cream from liquid nitrogen and an oscillating iodine clock.”
She added: “I was really proud to accompany our students, they behaved impeccably and coming 10th in the whole region is quite an achievement.”