An exciting week of activities and science demonstrations was held at the Academy last week to mark British Science Week.

An exciting week of activities and science demonstrations was held at the Academy last week to mark British Science Week.
Our science department staff challenged the logical, experimental and scientific thinking of our Year 7 and 8 students during the week as they were encouraged to design and create their own Rube Goldberg Machines.
A Rube Goldberg Machine is an invention, device or apparatus that goes through a series of knock on motions to perform a simple task but in an over complicated fashion and usually includes a chain reaction sequence of movements.
In small groups, the students had four days to build and demonstrate their contraptions made out of cardboard, tape, string and any other material from home or within the Academy that they wished to utilise. 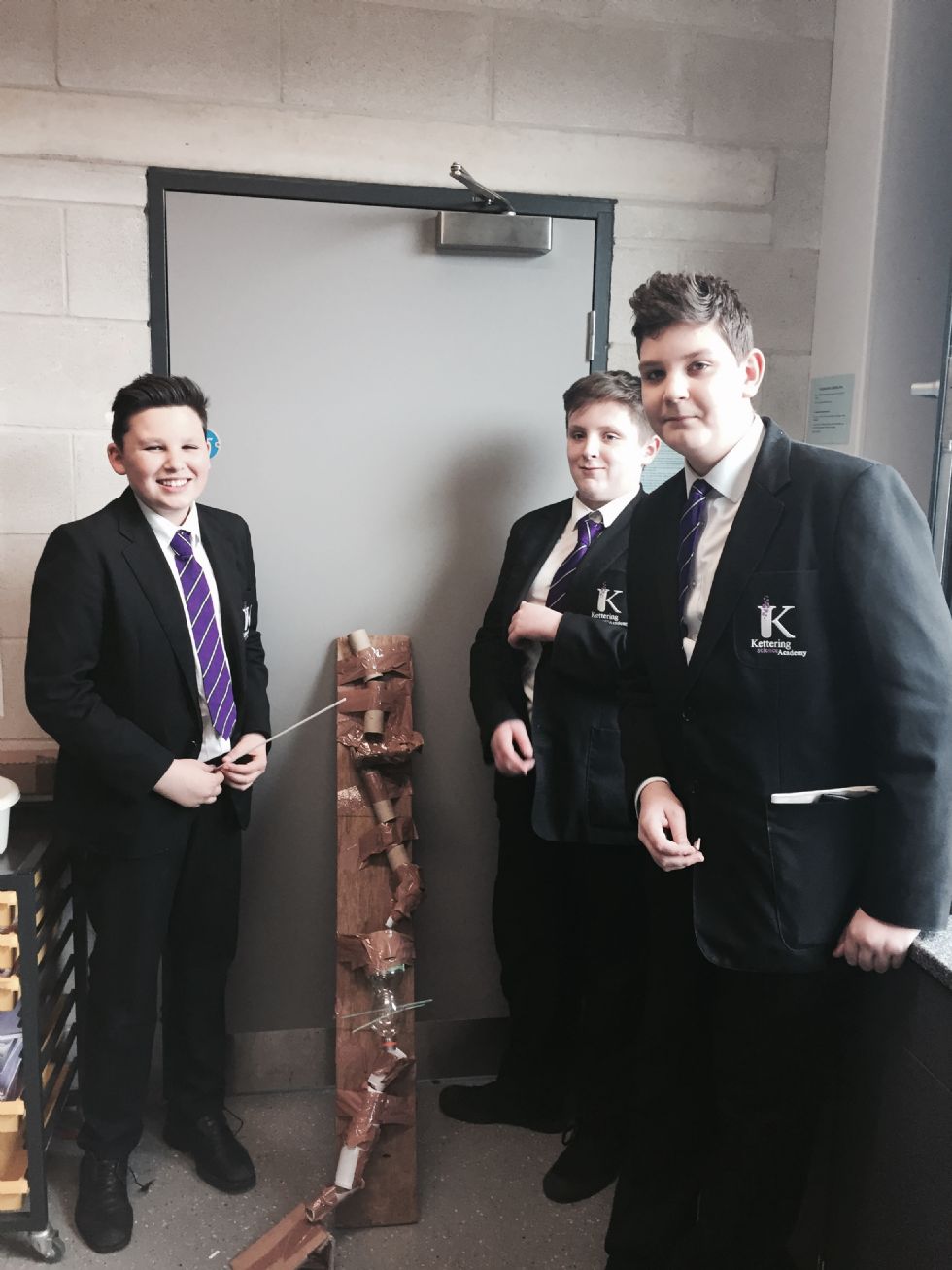 One team of Year 8 boys, Dylan Clark, Jack Fitzsimmons and Andrei Bratu, said they felt that they would have liked more time within the week to create their machines to work effectively, but they had enjoyed the week all the same.
Jack said: “It was hard initially to think of an idea, this took time. Then we had to create our machines and then we eventually got it working with a lot tweeting.”
Andrei said: “We made a sample machine and tried that out first. Then we added to it with pipes which we sourced from design technology.”
The group explained that their version of a Rube Golberg Machine saw a marble travel down through a series of pipes before ending up on the back of a toy pick-up truck. The force of the marble’s decent and the momentum it gained on the way down the tubes forced the toy vehicle to move into a needle. The needle was pushed into the balloon which then burst it.
Dylan said: “The series of events took about 20 attempts to get right, but it worked in the end onThursday which was demonstration day.”
The group agreed that their fellow students had some great ideas too and it had been an exciting and enjoyable week within science lessons.
Jack said: “It was a great week that really made us think about the logic behind our machine designs.”
Head of Science at KSA, Mr Kevan Fryett said: “The department was buzzing during these lessons and you could see their teamwork skills developing as the lessons progressed. There were some really imaginative solutions being invented for Rube Goldberg machines.”