Two top ten results were recorded for a group of our students who took part in a recent maths competition.

Two top ten results were recorded for a group of our students who took part in a recent maths competition.
Four of our students from Years 8 and 9 represented the Academy at a recent mathematics contest held at Caroline Chisholm School in Northampton.
Year 8 students, Connor Perkis and Joseph Prideuox and Year 9 students, Bernard Dec and Luke O’Hara took part in the UKMT 2016 Maths Challenge held at the school's secondary phase on Wednesday 13th April.
The students competed against 22 other schools from the surrounding area and participated in a series of maths based activities.
KSA Maths teacher, Mr Samuel Koomson, who accompanied the students at the event,  said: “I had the privilege of taking our students to the contest at Caroline Chisholm and our KSA team were placed 7th overall and they were among the top five schools in the competition's Cross Number challenge. A big well done to Bernard, Luke, Connor and Joseph they were all absolutely fantastic.”

Pictured at top of the page our Year 8 students and below our Year 9 competitors. 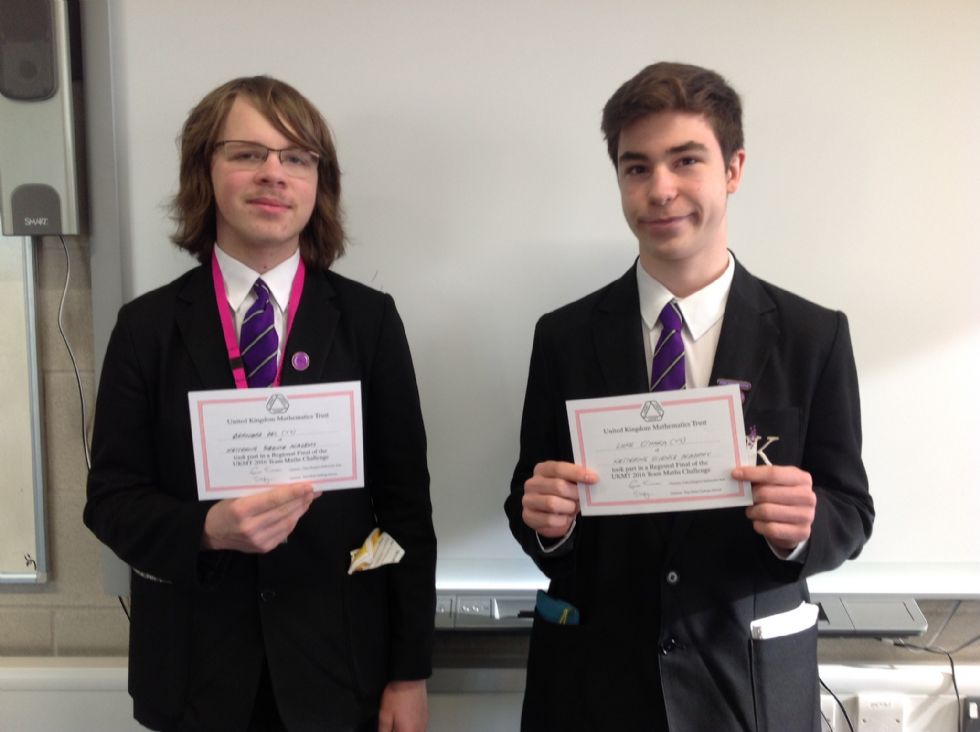