More than one hundred of our Year 7 students have been presented with their very own BBC Microbit computer to experiment with.

More than one hundred of our Year 7students have been presented with their very own BBC Microbit computer to experiment with.
On Thursday 19th May our eager students queued up at the end of the school day to receive their mini computers and they have now been sent home with them to work and invent with.
Head of ICT at KSA Mr Daniel Duncan said: “It is exciting to be handing out so many BBC Microbit computers to our students and it will be interesting to see how they utilise them. They can be programmed to do all sorts of things from displaying a name or instructions to being programmed to create a game.”
Various project ideas can be found on the BBC Microbit website but Mr Duncan said he hopes all the students themselves will come up with some ideas and inventions of their own.
Mr Duncan said: “We are sending the students away with their Microbit computers to experiment with and after the half term week I will be launching a competition, as part of my after school coding club, to find the student with the most creative use of the technology by the end of the Summer term.”
Progress leader for Year 7, Miss Grace Smith said: “It is very exciting to be handing out these free of charge to our students and we look forward to the results of students’ experimenting and programming. It provides our students with a really exciting challenge and one that will test both their imagination and computer programming skills.”
Year 7 Students, Shadyn George and Armstrong Obamwonyi (pictured above) both said they were really looking forward to experiementing with the Microbit more.
Armstrong said: "I would like to make a game with mine likeTetris or Jenga."
The Academy's Coding Club is run by Mr Duncan on Wednesday evenings after school for students who are keen to learn more about computer coding and programming.
For more information on the BBC Microbit initiative visit: https://www.microbit.co.uk 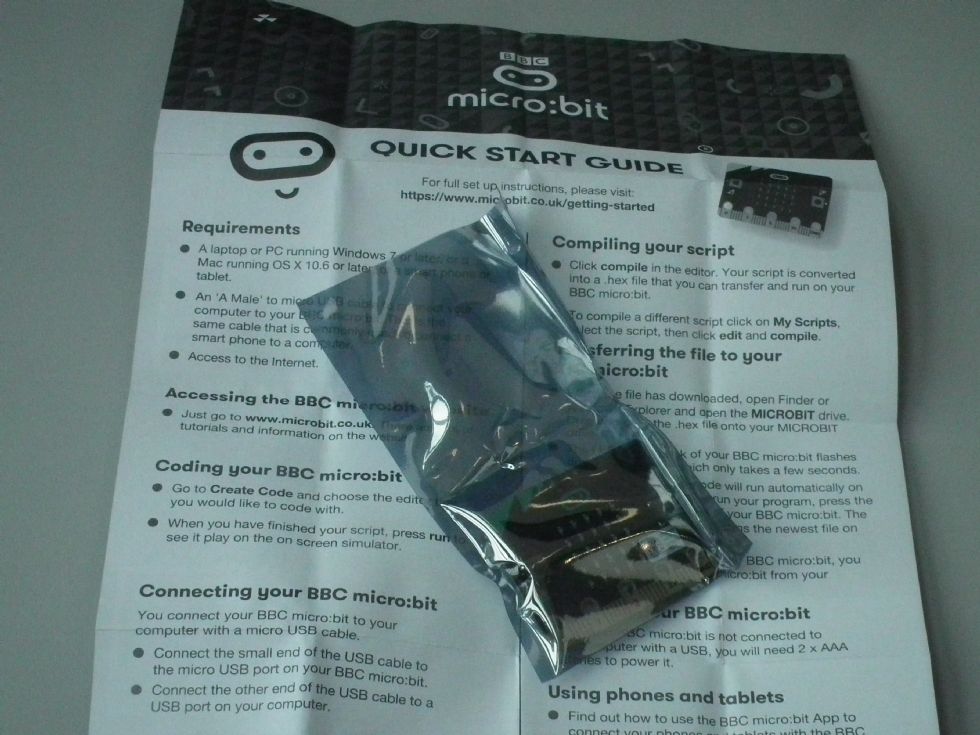