Success At County Level For Our Athletes

Two of our Year 9 athletes have successfully made it through to the regional finals of the Athletic Championships this weekend.

Two of our Year 9 athletes have made it successfully through to the regional finals of the Athletic Championships this weekend.
Both students, Joe Freeman and Annabelle Clotworthy will be travelling to the Alexander Stadium in Birmingham this Saturday, 18th June to represent KSA in the Under 15s Javelin and the girls 100m sprint.
Both students qualified for their places in the regional competition after competing at the county finals last Saturday, 11th June in Corby.
Joe Freeman came second at the county event in the Javelin with a throw of 36.81 metres.
Joe also threw a further distance of 41 metres but that was recorded as a foul throw.
He said: “The event went really well. I wasn't expecting to win and I was really pleased to come second. I am now looking forward to going to Birmingham at the weekend to compete in the regional finals and to represent my school alongside other students from throughout England. 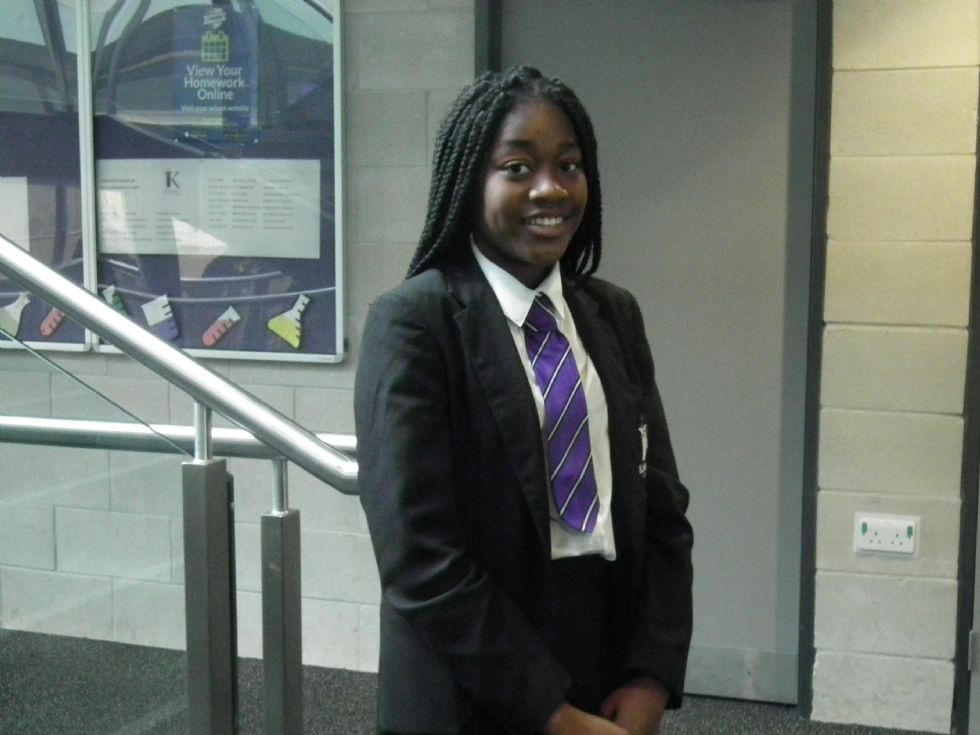 Annabelle Clotworthy  will also be representing KSA at the regional finals after coming third in the girls 100m race in the county contest with a time of 13.04 seconds.
She said: “It went really well. I was quite nervous to begin with but I was fine during the race. I know I have to take this next round more seriously and I will try my best and I hope to do well. This is my first athletics season and I would like to get through to the English Schools’ heats.”